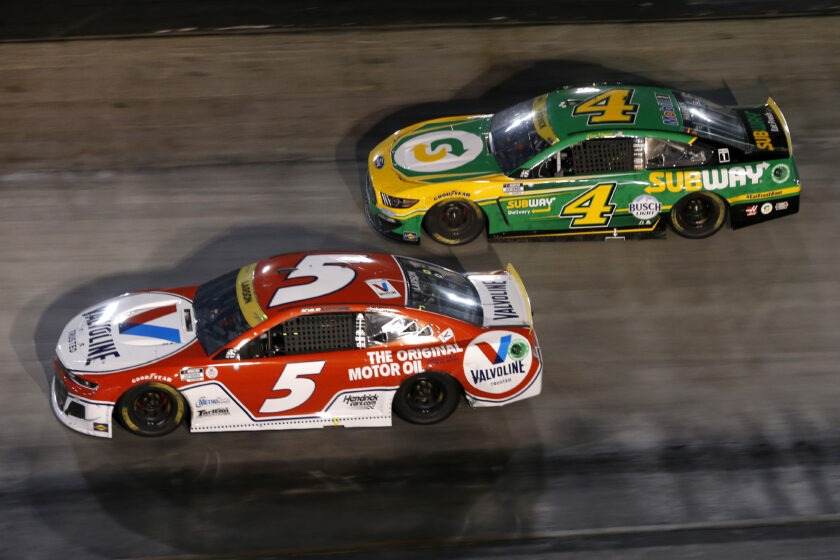 Three weeks ago, we entered into the Playoffs with sixteen drivers advancing to compete for the 2021 Cup Championship. The story lines were abundant but the one I was following was the three contenders who entered with the chance to be the first Winless Cup Champion.

Round One opened at Darlington with Denny Hamlin, Kevin Harvick and Tyler Reddick in this year’s hunt. When the checkered flag fell, Denny Hamlin advanced to the next Playoff Round but was eliminated from the WCC with his first win of the season.

You just can’t be a Winless Cup Champion if you have a win. That’s the first Criteria.

Our two remaining winless contenders raced on, keeping their hopes alive with a winless Richmond. And then there was Bristol. Harvick was nicely positioned above the fifth worst or better cut line, while Reddick was in a less favorable points position.

It was a lot to watch Saturday night to see if Tyler could keep his run going. Unfortunately, he finished tied for fourth worst and was eliminated from advancing by two measly points.

He wasn’t Fifth Worst or Better. That’s the second Criteria.

Then there was one-Kevin Harvick.

Kevin is the only one who met the Winless Champion criteria-He didn’t win and he finished the First Round fifth worst or better in points to advance.

Have to say it was nip and tuck as Bristol made for some interesting emotions. It was hard to not pull for Harvick to win the race and end his year-long winless streak and put Ford and SHR back in Victory Lane. But if he won he was eliminated from the chance to become the first Winless Cup Champion.

So it’s on to Las Vegas and Round Two.

After the Round Two points reset, Harvick finds himself starting this round exactly where he started Round One-at the bottom of the Playoff field. This means he has the biggest hole to dig out of to prevent elimination.

He goes in facing a twelve point deficit and has the likes of JGR’s Christopher Bell, the Penske duo of Brad Keselowski and Joey Logano and HMS’ William Byron just ahead. The good news is the bottom nine positions are separated by a mere 20 points-so it’s not insurmountable at this point. Throw in two Wild Card tracks like Talladega and the ROVAL where anything can happen and usually does and who knows where he will come out at the end of this round.

It sets up for an interesting round. To maintain his chance as a Winless Champion Kevin needs solid runs over these next three races to climb above the cutoff line and advance to the Round of Eight.

The pressure is on. Can Harvick become not only the 2021 Cup Champion but the first Winless Cup Champion?

We will know soon enough.

Let’s watch and see how this story line plays out.

I know I will.