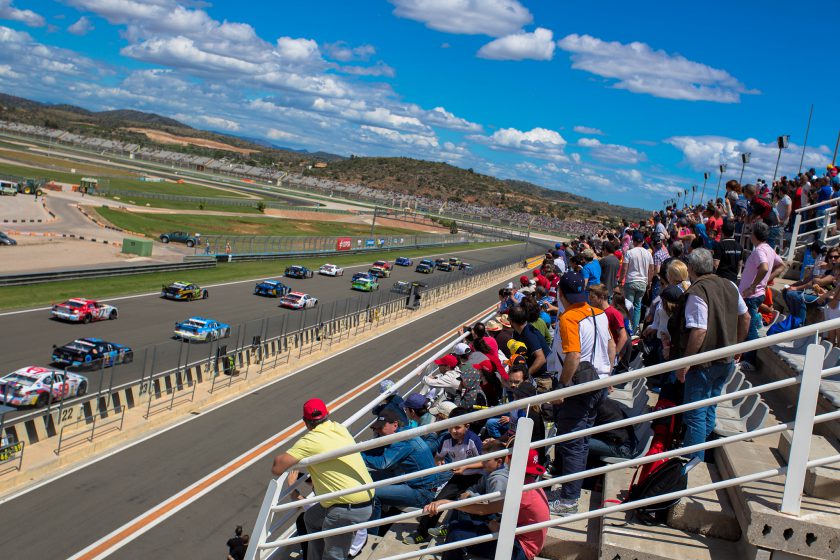 Euro NASCAR or NASCAR Whelan Euro Series, is set to start there engines for the first time in 2016 season. The premiere racetrack is Circuit Ricardo Tormo in Valenica, Spain. Circuit Ricardo Tormo is also known as  Circuit de Valencia and was built in 1999. Total length of the track is 4,005 km or 2.517 miles, it has 14 turns and the main straight is 876 m (0,544 miles) long. The stands can hold about 120,000 race fans.

We at Team PTR have chosen to focus on the English/Swedish driver of Freddy Nordstrom a little more this season. If you accidentally missed our interview with Freddy last season, click here.

Freddy Nordstrom is set to make his return to racing this coming weekend (23rd-24th April), as the NASCAR Whelen Euro Series (NWES) fraternity rolls into action.

As NASCAR descends on the Circuit Ricardo Tormo venue in Valencia, Freddy is more fired up than ever before to make his mark. In what will be his fifth consecutive season in the competitive series, Freddy has made the switch to CAAL Racing for 2016, with high hopes.

The team’s success record is one to be proud of, and Freddy is keen to add to the impressive tally this season. “I’m very impressed with the whole CAAL Racing team,” said Freddy. “They are extremely professional, and they have the results to support their standing in the series.
“I have worked harder than ever all winter to improve my fitness. I can’t wait to climb back into the car this weekend,” he continued.

Freddy will also have a somewhat significant surprise awaiting him in Valencia. He is yet to see the finished livery of his 2016 race car. Whilst he has been focused on his intense training programme, Freddy has decided to leave his livery in the very capable hands of the team, with the surprise awaiting him this weekend. Spoiler alert—we’ve seen it and it’s fantastic! Cameras at the ready for the reaction!

Times in CET and EST