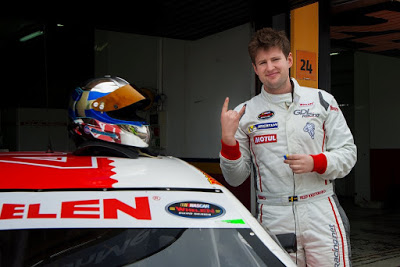 The Background
PTR: Who is Freddy Nordstrom ‘the race driver’?
FN: 26 year old with a passion for motorsport. Started go-karting at age 8 and ventured into car racing at 14 (T-Cars- Junior series in the UK for 14-17 year olds). Currently in my 13th year of car racing. Have had car #44 since age 8

US Nascar officials attending each round. Award ceremony at The Nascar Hall of Fame in Charlotte, N. Carolina 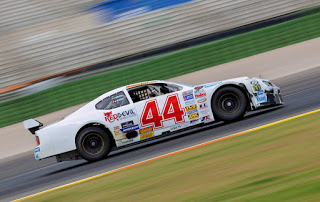 PTR: If you compares EN series with other racing series in Europe, at what level is EN?
FN: The series has grown year on year, now approx. 10 nationalities racing or more? Media is very good, races are shown in 106 countries, now also live streaming on fanschoice.tv . Lots of social media updates. Its attracting a lot of spectators, Brands hatch had more spectators than the BTCC.

PTR: I you compares EN series with other racing series in the US, at what level is EN?
FN: Similar to K&N but much cheaper

PTR: Is the team’s staff/personnel professional/semi-professional or part non-profit?
FN: GDL is a business! Team is professional, set up is very good – standard of truck and cars is high

PTR: What was the team’s goal for the 2015 season with #44 car?
FN: WINNING! That is not going to happen this year though. 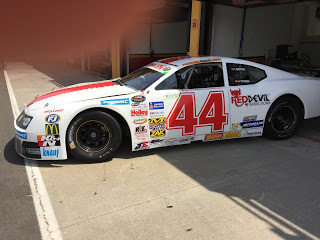 Racing & the future
PTR: You are currently in P10 in the overall standings in Elite 1 and -90 point behind the leader Ander Vilarino. What to expect in the last two tracks with four races left (playoffs)?
FN: There are double points for the remaining 4 races. I have raced against Vilarino, Gabillon and Ianetta for the last 3 years and not been this far away from them ever before. I should be able to move up a few positions in the standings at least

PTR: There are only two oval tracks in this EN circuit. Which track type do you prefer best, oval or road courses – and why?
FN: Road courses as that’s what I am used to. Its fun with ovals but the drivers don’t respect the Nascar rules and there is too much damage. Lap time at Tours is only 17 seconds! These cars are big!! 25 of them on a track like that means chaos! Venray was slightly longer and obviously faster but again there were quite a lot of damage to the cars

PTR: You have raced in EN since 2012. Are you satisfied to race in EN or do you want to change directions in the near future?
FN: I haven’t decided yet. It depends on budget. Racing in the US is expensive! The European series is good value for money compared to any other racing in the UK

PTR: Is it possible to see you in any of the American NASCAR series in the future? Perhaps a ‘guest’ drive or so like Alx Danielsson?
FN: I would love too but so far none of the European drivers have done well in the US. I did watch Alex racing there

PTR: Finally, if you could pick any motorsport to race in – which one would you race?
FN: I would like to race in the Xfinity or the K&N series (need a lot of money- approx Euro 100.000 per round!!) but failing that the BTCC or any GT3 series – British GT 3 or Blancpain


Final note; Who was voted Most Popular Driver of the Year in Euro Nascar 3 times? Guess twice…


(All photos from Freddy Nordstrom)


I would like to thank Freddy Nordstrom for his time and wish him the best in the future.

Updated interview with Freddy Nordstrom in 2020