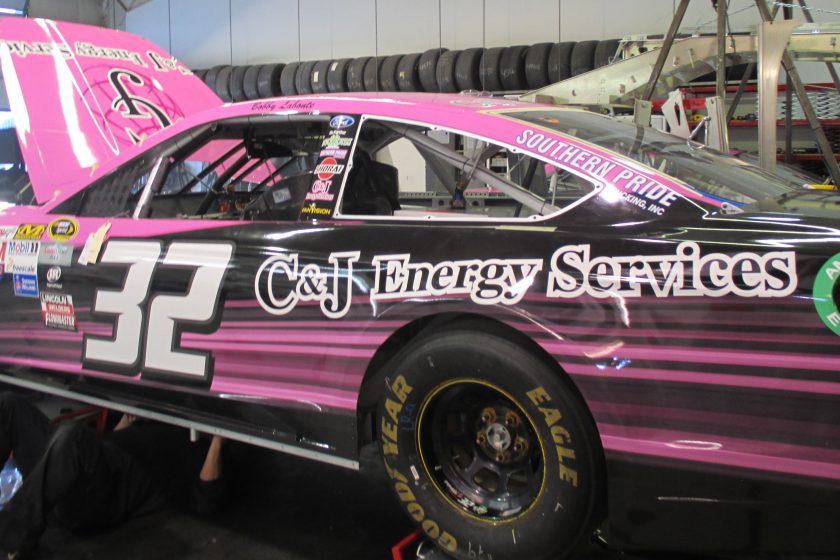 2016 is shaping up to be a major year for the small, limited budget Go FAS Racing team. This team of “regular guys” headed to the Daytona500 with 2000 Sprint Cup champion Bobby Labonte behind the wheel. Labonte, who will be running all four restrictor plate races, qualified the car 33rd and finished a solid 31st.

“New” seems to be Go FAS Racing’s 2016 theme. The team has a new logo, a new website and a new major sponsor in Can-Am Motorcycles. They even have a new primary driver in fourth generation racer, Jeffery Earnhardt.

Earnhardt’s racing career began in an unlikely fashion, racing a four cylinder Yugo across the dirt tracks of rural Virginia. He quickly moved up the rungs of the racing ladder, racing in the NASCAR K&N Pro Series East and in the SportsCar Championship. The experienced driver, made ten Camping World Truck Series starts and 66 Xfinity Series starts to date.

In 2015, the young driver made his NASCAR Sprint Cup career debut for Go FAS Racing at Richmond, followed by a second start at New Hampshire. For the 2016 season the twenty-six-year-old, racer has signed a multi-year contract with Go FAS Racing. He had this to say about his 2016 season goals: “This season is about improving each race, gaining experience and growing our program at Go FAS Racing.”
If the legendary Earnhardt name sounds familiar, that’s because it is. Jeffery Earnhardt is the Great Grandson of 1956 NASCAR Sportsman champion Ralph Earnhardt and the Grandson of seven-time Sprint Cup Champion Dale Earnhardt Sr. and is Dale Earnhardt Jr’s. nephew. The youngest Earnhardt is looking to continue the family legacy and make his own mark on NASCAR.

Thus far during the 2016 season the team has had three drivers: Bobby Labonte was the wheelman for the 57th Daytona500, Joey Gase raced at Phoenix & Martinsville and Jeffery Earnhardt has raced in the other five races. Earnhardt is coming off of his career best finish at Bristol where he finished 32nd.

The team is fairly consistent in qualifying, they seem to be in the 37th-39th range on the grid and seem to finish in 32nd-35th on a regular basis. The team has averaged a 37.5 qualifying position and they finish with an average position of 33.875 a gain on race day of 3.625 positions. With Bobby Labonte at the helm the team qualified 33rd and finished 31st. When Joey Gase is at the wheel he qualified an average of 38th and finished an average of 34th. A net gain of four positions. With Jeffery Earnhardt in the driver’s seat he averaged a starting position of 38.2 and an average finish of 34.4. A net gain of 3.8 positions.

As you can see Owner, Archie St. Hilaire, General Manager, Mason St. Hilaire and Crew Chief, Wally Rodgers seem to have a knack for putting the right people in the right positions. I look forward to watching this small underfunded team gradually move up the field. It’s hard not to like this team of “regular guys”.