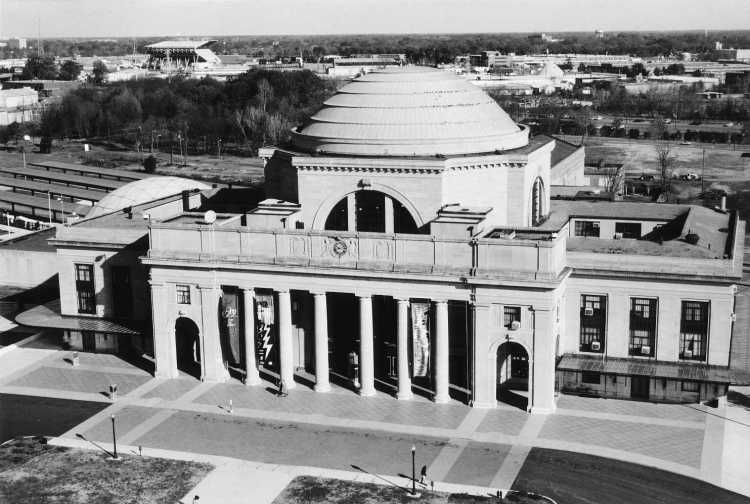 ( Editors Note; I’ve been following all the works that been done to Rockingham Speedway, on social media for some time and with the repave just ready, this might be the time for Dave Fulton tell us a bit about his adventures going to one of the very first Cup races back in the mid sixties. //B. )

Some years our “spring” NASCAR races seem to be particularly rain plagued. I awoke one Sunday March morning in Charlotte, NC to massive rainfall. My first thought was that it must be Rockingham spring race weekend.

For some years, back in the day, the NASCAR calendar year schedule took us to Riverside, California in January for the year’s opening event, followed by Daytona Speedweeks in February, then Richmond and on to Rockingham in late February or early March.

Rockingham’s spring race was often cursed with inclement weather, but I sure do miss that ole gal on the Cup/Grand National schedule and the wonderful racing there over the years. The place opened in fall 1965 with a stunning win by Curtis Turner in the Wood Brothers ride (his ban from NASCAR having been lifted by Big Bill France due to crummy track attendance in the wake of the 1965 Chrysler boycott).

I was fortunate to head with my buddy, Frank to Rockingham from Richmond, VA in March 1966 for the inaugural, first, last and ONLY Peach Blossom 500, the track’s first spring race.

Frank and I were high school seniors at Richmond’s Thomas Jefferson High School. However, we didn’t drive to Rockingham. Instead, we headed on the ADVENTURE OF A LIFETIME – boarding a special RACE TRAIN, running from Washington, DC and unloading on a siding directly across from the beautiful new speedway. The track’s PR department billed it as the “Super Scenic Superspeedway Where the Fan Always Is First!”

The race train was actually a collection of rail cars for race fans only, hitched to the back of a regularly scheduled Seaboard Airline Railroad train running the route to Florida made famous by the Orange Blossom Special. When we arrived at Richmond’s Broad Street Station well before dawn on that March Sunday morning in 1966, the place was overflowing with race fans from Richmond, Hampton Roads and Norfolk/Chesapeake, as well as folks from western Virginia waiting to board the sold out race train to Rockingham. In those days, Virginia license plates outnumbered all others at most NASCAR races. Charlotte’s Humpy Wheeler once said they’d have to close Charlotte Motor Speedway if the Virginia / North Carolina border were ever closed.

My buddy, Frank and I struck up a conversation with the three most interesting guys waiting to board with us. They turned out to be three NASA engineers assigned to the Wallop’s Island, Virginia rocket launching station and were scheduled to assist with a rocket launch the very next morning!  We noticed they had been partaking pretty heavily of liquid refreshment.

The Seaboard race train included our train fare, race ticket and a box lunch. Originating in Washington, DC, the train picked up fans in Richmond, Petersburg and Raleigh.

Before we got to the track, one of the NASA rocket engineers (a fellow named Otis) had retired to the overhead luggage bin. I’ll never forget walking into the Rockingham track for the first time on that beautiful Sunday morning and seeing the still new concrete grandstands glistening white in the bright sun (one of the few spring Sundays at Rockingham the sun would shine). It was quite a contrast to the rickety wooden bleachers we were used to at Richmond. The grass between pit road and the dogleg front stretch was the greenest I have ever seen at any racetrack, as proved through the years on the 8 mm Kodak movie film I shot that day.

The prerace “Parade of Visiting Pace Cars” was spectacular. Remember – there were no Winston or other sponsor “show cars” in those heady Grand National days. Every Grand National track, as well as every weekly track in North Carolina, South Carolina and Virginia had a pace car in that parade.

The prerace parade was staged in Turn 4, overlooked by a huge Falstaff beer billboard (like the one at Darlington) that read, “Falstaff – the Winner“. This was the same Falstaff pitched at the time by Dizzy Dean on the CBS Baseball Game of the Week. It didn’t get any more real than that. Behind the parade of visiting pace cars came one of the most spectacular sights I ever witnessed at any racetrack.

It was the sight of the drop dead gorgeous Winkie Louise – Miss Firebird – in her skintight, red spangled showgirl suit straddling a saddle on the huge red Pure Oil Racing Gasoline Firebird float, her honeydew legs (forgive me, Tom Wolfe) stretched from the saddle to the Firebird’s extended wings as she waved to the full house of good ole boys, including we two 17 year olds!

We paid a visit to the restroom before Ray Melton’s “Command” to start engines and saw Otis the NASA rocket engineer lying on the restroom floor in a particularly precarious area.

The race itself was the kind NASCAR could use today. Cale Yarborough ran side by side for lap after lap in his red #27 Banjo Matthews Ford with Jim Paschal’s maroon #14 Friedkin Enterprises Plymouth. In the end, however, it was old motorcycle champ Paul Goldsmith who wheeled his Ray Nichels hemi powered #99 Plymouth to victory. One of my greatest movie “shots” was at this race’s conclusion when I somehow snuck under the flagstand and captured for eternity the sight of Tiny Lund’s orange # 55 Ford passing just as the checkers were unfurled for Goldsmith. Waiting at the flagstand gate to cross to victory lane, almost rubbing against me was Miss Firebird! What a wonderful end to a great day.

In the finish line photo published in one of the early editions of Stock Car Racing magazine, that’s my buddy, Frank standing immediately to the right of the Rockingham flagstand with me beside him cradling my Kodak 8mm movie camera to my right eye!

That first spring Rockingham race on the original low banked track configuration at the original 500 mile distance took 5 hours to run at an average speed of 100 mph. Qualifying speed was in 116 mph.

Frank and I boarded the Seaboard train at the siding just as darkness fell in the Sandhills for the ride back to Richmond. The NASA rocket engineers couldn’t stand up and we couldn’t imagine them driving back from Richmond to Wallop’s Island for the rocket launching. We watched the news and scanned the papers to see if that rocket blew up on the pad, but never found out. That first trip to Rockingham was one of many wonderful ones to both spring and fall events

The following spring, in 1967, we again took the race train from Richmond to Rockingham. It was raining cats and dogs when we got there and they called the event at 9:00 am, due to the track’s apprehension over potential low ticket sales.

There was no rain contingency plan, so the race train folks got the owner of the movie theater in Hamlet, NC to open it for the race fans on the train. We couldn’t return to Richmond until that evening when the northbound Seaboard train returned from Florida heading to New York. Of all things, the movie was an old Haley Mills flick! Imagine a bunch of imbibing good ole boys wanting to see a stock car race turned loose in a Haley Mills movie.

Frank and I drove back in June 1967 for the rain date makeup. Anyway, I loved all my trips to Rockingham – sunny and rainy, hot and cold. I had many memorable experiences there. I was one of only a few thousand who can say they saw the late, great Jim Clark of Scotland (Formula One World Champion and Indy 500 winner) make his only NASCAR stock car start at Rockingham in the Holman-Moody #66 Ford. Arguably the greatest driver in the world, Clark accomplished his start in the days before guaranteed starting positions, when you had to race your way in to the field. He was quite a contrast to the good ole boys, but a heckuva racecar driver.

In 1973 a group of us from Wilson, NC took a pop-up camper to the spring Rockingham race and about froze. I have been rained on, snowed on and iced on at that spring Rockingham race. Sometime in the 70’s my buddy, Frank became the sports guy on the Siler City, NC newspaper and started getting us Rockingham pit passes. When I began managing the Wrangler Jeans NASCAR program in 1980 with Dale Earnhardt driving, I always spent my time at Rockingham inside the track. Those were interesting years. One of my fondest memories of Rockingham is the food. The infield cafeteria there had the greatest food on the Grand National / Cup circuit. Everybody ate there.

Earnhardt hated practice and one year at the fall Rockingham race intentionally crashed Bud Moore’s #15 Ford in practice so he could go deer hunting. I thought Bud would kill him.

We usually stayed at the Sheraton on U.S. Route #1 around Southern Pines. I was driving the Wrangler Racing van back there from the track one afternoon in 1982 when I was slammed into from behind and about wrecked. I was immediately passed by a grinning, waving Earnhardt behind the wheel of a Lincoln Town Car rental. Another thing I always liked about Rockingham was going over to Southern Pines at night to the Silver Bucket Oyster Bar. It was run by former Grand National driver, Raymond Williams – CAPTAIN AMERICA – and had the coldest beer on the circuit.

One strange occurrence I remember happening at Rockingham was Ned Jarrett setting off the fire extinguisher in his #11 Richmond Motor Company sponsored Bondy Long Ford and bringing out the caution flag in his final NASCAR race.

We had good times at Rockingham and the racing was great on both track configurations.

I’ll never forget my first journey on a race train and my initial visit to Rockingham to see the first, last and only Peach Blossom 500. Please forgive me if I yawn as I get ready to watch racing at another cookie cutter 1 1/2 – mile NASCAR venue.

(Editor’s note: This story is publish with the permission from the author! It may have appeared previously at RacersReunion.com, GhostTracks.com )