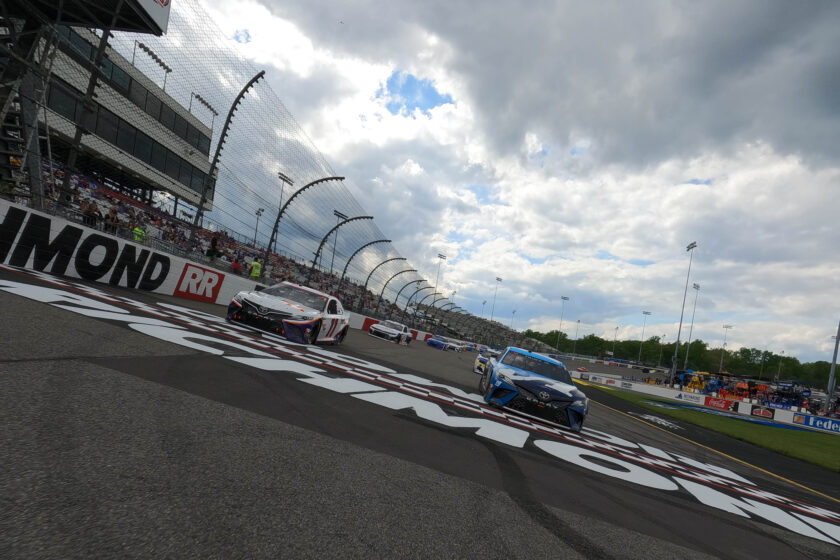 Below a NASCAR Tv schedule for Richmond Raceway, April 2022. NASCAR Cup and Xfinity series are racing this weekend. On Saturday we have early practice and qualifying for both series follow by the Xfinity race later on. On Sunday, the Cup cars will take on Richmond for the series’ first points event on a track under a mile in length. Trucks will be back in action again Thursday next week at Martinsville.

So far so good this year, overall good racing this year, and last weeks race at COTA was one to remember. The race I will remember for a long time forward is the Truck race and Zane Smiths win after sneaking bye while the top dogs tangle up, near the end of the race. With AJ Allmendinger winning in NXS and with Ross Chastain winning his and Trackhouse Racings first Cup race made it to an almost perfect weekend.

We can only hope the weather gods are with us this weekend and let us see some good short track racing Richmond style. After this weekend race we have seen racing at most of the different NASCAR tracks styles and we’re beginning to scent what the racing may look like going forward.

Indy Car are still off this weekend but will be back in action again April 10 in Long Beach.  An other events that might be of interest this weekend is  NHRA from Las Vegas is on at F.S. 1. 7:00 PM Sunday.