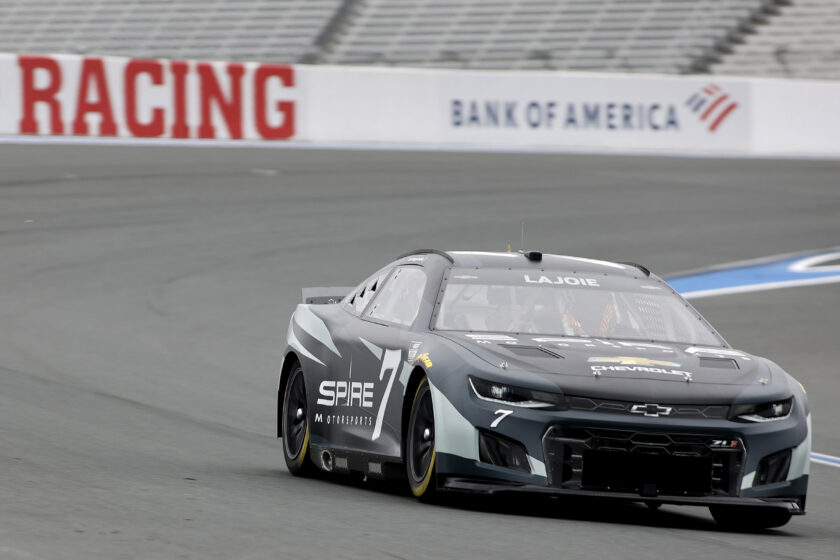 With his win at Talladega in the fifth race of the 2021 NASCAR Cup Playoffs, Bubba Wallace joined an elite group-NASCAR Cup Winner.

In its 73 seasons over 3000 drivers have competed in the Premier Series, but only198 have found Victory Lane.

With this win, Wallace finds himself in a 64-way tie with other one time Cup winners. Before you let that high number diminish the accomplishment, look at the company he joins-

2021 opened with surprise winner Michael McDowell, followed by Christopher Bell and added Bubba Wallace along the way. Does she have any more surprises up her sleeve?

There are several drivers of seem to be knocking on the door for their first win. Tyler Reddick has been showing strength and running up front of late. Could his first win be far off? Could he be #199?

A Matt DiBenedetto win at Martinsville this weekend for the Wood Brothers’ 100th win would be spectacular-it being their home track and all. If Hollywood had scripted it, Matty D would be NASCAR’s 200th winner as well but unfortunately NASCAR just isn’t Hollywood. But I’m sure that Matty D, the Wood Brothers and the NASCAR Nation would take a win Sunday to cap the 2021 season and get their milestone.

Ross Chastain has shown flashes this season but has faltered a bit toward the end of the season. If he doesn’t get it this year, will his move to Trackhouse Racing get him in the Winner’s Circle as #199. Could “The Watermelon Man” be #200?

2022 Trackhouse teammate, Daniel Suarez almost got a win at the unlikeliest of places-the Bristol dirt. A late change in restart procedures cost him his chances of being #198. Now maybe he can be #199 or even #200. Daniel would probably be happy with either.

Chase Briscoe looked really strong on road courses this season and for a couple of unfortunate events could have notched his first win of his Cup career and joined this elite group. With the increase in Road Courses, it seems to be just a matter of time.

If it doesn’t happen this season, will 2022 and the introduction of the Next Gen car further open the door for these drivers, other active drivers or some of the newcomers set to arrive next season?

2020 Xfinity Series Champion and current Xfinity Series points leader, Austin Cindric will be taking over the #2 ride from the departing Brad Keselowski. This is Penske’s flagship ride, so you know he’ll have the equipment. He’s shown he can win in Xfinity so he has the talent. How soon can he put it together and get in Victory Lane? Before #200? He’ll be one to watch, for sure.

Another new face joining the Cup ranks from Xfinity is Harrison Burton. Burton will be taking over the #21 Ford. As a Penske affiliate, will that be enough to get Burton into the Winners Club?

Or will the next new winner and then #200 come from the outside the ranks, from a direction no one is expecting? American Le Mans Series Champ, IMSA and Aussie SuperCar competitor Joey Hand posted fast time at the Next Gen test at the ROVAL. A test is a long way from a race win, but with the Next Gen being so heavily influenced by Aussie SuperCars, can Hand’s experience in them, coupled with Stewart-Haas Racing prepped equipment be enough to land the Sacramento, CA native in Victory Lane?

They say next season’s Next Gen car will be the great equalizer… Who knows? But we’re going to find out real soon though.

So as NASCAR approaches this important milestone in its history, who do you think will be the next new winner?

The number 200 has been such a huge number in NASCAR. Buddy Baker breaking the 200 MPH mark was big. Richard Petty has 200 Cup wins. That’s a big deal. Kyle Busch surpasses 200 wins total in the top Three Series. Folks made a pretty big deal out of that. The next big 200 mark is for Cup winners… and who will that be?

Only time will tell. But it’ll be worth watching. We won’t get another milestone like this anytime soon and I’d sure hate to miss it.