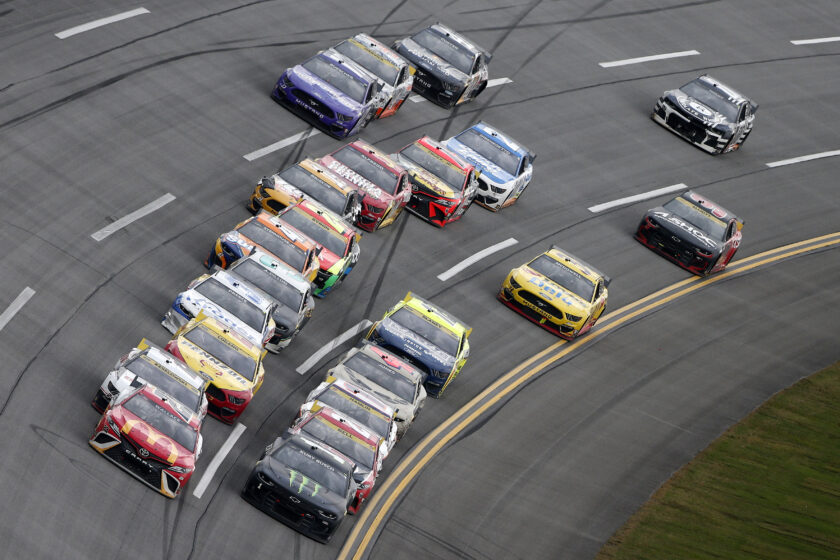 Apologies for the delay in reporting. Computer difficulties put me several laps down. Hopefully. Will make it up over the next few races.

Close racing. Big wrecks. Unexpected results. Lots of bent iron. If you know her history, the rain, the finish and the winner is no surprise. She’s given us first time winners before and that’s the way she plays.

Twenty to be exact. Just four shy of the total for the other playoff races to date.

Bubba Wallace made the final, winning Racing Lead Change on lap 113, before the race was called due to rain on lap 117. With the win, Wallace became the 198th different winner in NASCAR’s Cup 73 year history, the 16th different winner this season and the third first-time winner of the season.

How did the other 15 lead changes occur?

Three occurred within the first three laps after the Race Start and another five occurred on Restarts. One was for when the leader wrecked under green and the final six lead changes occurred under caution.

Talladega moves to the top

Talladega’s 20 RLC’s moves it to the top of the RLC Race Leaderboard. Below are the race rankings through the first five Playoff Races

Eight drivers got their first Racing Lead Changes at this race. Would there have been more had the race been able to run to completion?

Talladega’s 20 RLCs lifted the RLC average from 6.0 RLCs per race to just under 9 per race. As mentioned earlier there was some passing up front.

Talladega’s crashes took out a lot of good cars who may have gotten into the Lead Column or added to their totals. Unfortunately, that’s Talladega.

Kevin Harvick had the RLC high for this race. Will this help advance him to the next round of the Playoffs?

Denny Hamlin also continued his streak as being the only driver to have Racing Lead Change in all five Playoff Races. Is this a foreboding of what is to come at Phoenix?

It’s on to the Charlotte ROVAL for Race Six and the final race of this Round that will determine who advances to the Round of Eight. How many of those on our Leader Board will make the cut?

Tune in and see!