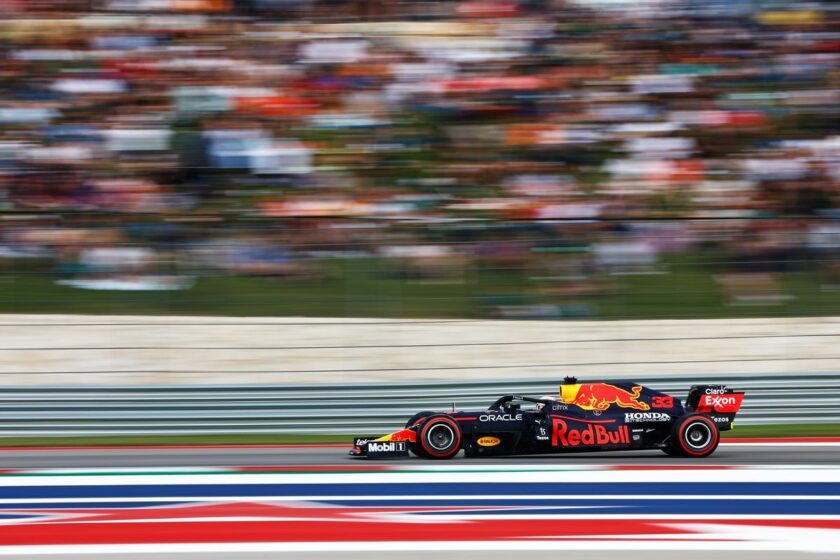 A lot has been made of the seemingly successful running of the U.S. Grand Prix Formula 1 race last weekend while NASCAR venues – including Texas, where the recent Cup event drew a somewhat disappointing crowd.

Lots of people, including Jenna Fryer of the Associated Press, whose writing I admire greatly, have chimed in with “What’s-F1-doing-right-that-NASCAR’s-doing-wrong” commentaries. I’ll join them below, but first some thoughts need to be shared about the premise of this discussion.

Yes, the USGP drew a big crowd – something that’s not always been the norm for this much-traveled event – but does ANYBODY really think that a 30-plus race season of Grand Prix events would be an unqualified success here? (Noted here that Elliott Sadler also made this point on Facebook.)

What the Circuit of the Americas folks have done is make their race an EVENT, something that draws those who want to be where the “in crowd” goes, whether they give a fuzzle about racing (of any kind) or not.

At least for 2021, the USGP has become a lesser version of the Kentucky Derby. The Derby is an extraordinary success, but does Churchill Downs draw that kind of crowd every week. Hardly! Horse racing remains a sport on life support; without betting windows, it doesn’t exist.

Look at it this way: If the University of Texas played a home football game at the same time as the USGP, it would draw fewer fans than the race. But if COTA ran races six or seven other times during football season, against each Texas home game, do you think any of those other events would draw more fans than the Longhorns (even in an off season for that team)?

Let’s keep the USGP’s success in perspective. Even comparing it to the Daytona 500 gives it an unfair advantage. There are rumblings about adding a second or even third U.S. Grand Prix to the schedule (now that the owners are at least honest about its purpose being to make money). If that happens, it will be very interesting to see if all three reach and retain “event” status.

Nevertheless, the COTA folks (and I guess you have to give Liberty Media, F1’s owner, some credit, too) obviously did some things right, so what does that tell us, and what should NASCAR do?

I’ll defer to Jenna Fryer for a number of good suggestions and recommend that you read her article. Here are my thoughts.

Fryer (and some of the drivers she interviewed) is correct in saying that event promotion has become very inadequate in NASCAR. Nobody, it seems, thinks of the Cup Series coming to town as an “event,” anymore, and that hurts attendance.

It wasn’t always that way; promoters were called that for a reason. Then NASCAR became the hot ticket, and a track had only to send out letters saying, “Renew your seat in the next two weeks, or lose it forever,” and the place just filled up. That, of course, has changed.

Part of the problem is that the only real partner a track needed to create that event feel in days past was the local newspaper. I remember the Richmond Times-Dispatch publishing a special race weekend/day section, and at NASCAR’s peak, half a dozen reporters and nearly as many photographers from the paper helped fill the Infield Media Center.

That’s no longer possible, due to greatly diminished newspaper resources. TV and radio stations also played a part, but the problem with them always has been that you had to deal with multiple outlets, each wanting some advertising dollars as part of the event planning, and the logistics were complicated and expensive.

I’d really like to know what media mix the COTA folks used. Racing’s problem is that its core audience is older and partial to traditional media, and the new audience NASCAR might want is scattered over the media landscape and constantly changing usage habits.

Creating “buzz” ain’t easy, but success depends on you figuring out how to do it.

Now we move into you’ve-heard-me-say-this-before territory, first with what NOT to do.

Among the other commentaries out there this week doubtless are those calling for NASCAR to hold fewer events. No.

Is the NFL contemplating holding fewer games? No, just the opposite. The number of games is increasing because people like the product and are willing to pay to see more of it.

Racing is suffering because not enough people like the product; if they liked it, they’d want more, not less. Shrinking the schedule is admitting defeat.

The option NASCAR needs to consider is VARYING the product, not reducing it, and that’s already happening, albeit with far too little vision (for the long haul, more road courses are not the answer). Let’s revisit a few of Frank’s alternatives:

The point of these suggestions is that, while we may not have too many races, we may have too many that seem “just like last week.” The advantage is that these could adapt current facilities.

One final don’t: FORGET FREAKIN’ LOS ANGELES, AND CHICAGO, AND NEW YORK CITY. What is it with these intelligent people who can’t learn from the past?

NASCAR will never become an “event” in these places, because (1) the media (old, new, or yet-to-be-invented) doesn’t care about the sport, and (2) the population is already being bombarded by other sports/entertainment options. There’s just no room for racing to sneak in and establish itself.

In 1951, Bill France took his Grand National traveling circus to Detroit to show off the product to the auto industry. He returned the next year. He, his son, grandson, and now great-grandson haven’t been back since, but nobody in Florida seems to think that means anything.

Find places with proven track records of support for stock car racing (then hope they cut NASCAR a break on whether what it presents fits that description anymore) and build from there. There are race tracks that used to draw huge crowds; try to see if you can recapture that audience, an easier task than building a new audience from scratch.

I can’t tell you how much I want to look forward to races again, but nothing happening today elicits more than mild curiosity – anticipation is a long way off. Maybe there’s something to be learned from the success of the U.S. Grand Prix that could help rekindle the anticipation, but even in a state with a lot of guns, I don’t see a magic bullet.

(Photo Credits – The Max Verstappen photo on the cover was from DraftKings Nation (the first time I’ve used anything from one of the sports gambling outfits), which credited it to Jared C. Tilton/Getty Images. The U.S. Grand Prix crowd shot came from Yahoo Sports Australia. The Kentucky Derby photo came from Kentucky’s Lane Repot business website. The Southern 500 parade photo was from VisitFlo.com, Florence, S.C.’s visitor’s bureau. The 24 Hour of Lemons photo is from AutoWeek. The photo of Chicago’s Soldier Field was from Speedwayandroadracehistory.com.