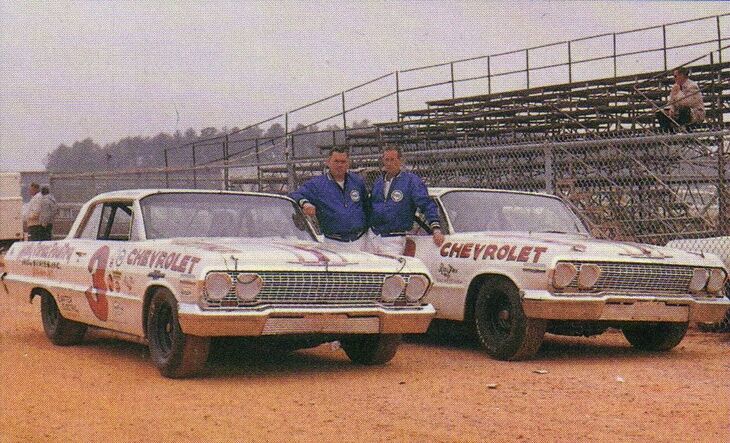 Author’s note; (Over the past weeks/months, I’ve reviewed my writing for RFF since 2016. This draws on those articles and presents my conclusions.)

“It’s not stock car racing. It has little to do with local/weekly racing. It’s a product for TV and sponsors (and their desired images). It’s a different sport than the one we grew up with. NASCAR obviously thinks that’s OK and believes it will succeed. I don’t know whether I disagree or just don’t care.”

David Nance and I were commiserating about the state of our favorite sport (or its millennial replacement) when I wrote the sentences above. On reflection I realized that I had set forth the core of this piece, so I use again here.

For several years I’ve been banging the drum (or banging my head against the wall) for fundamental change in NASCAR’s vision for the sport I once loved. In truth, I didn’t expect anybody to listen, and I wasn’t disappointed.

Here’s another look at my vision and why it will never intersect with NASCAR’s vision.

First Truth – More than anything else, I’d like to see the Charter System scrapped, but the only way that will ever happen is if the whole enterprise goes under, as happened in open-wheel racing when the owner-dominated CART bit the dust. I don’t that will happen with NASCAR, because television needs the sport just enough to keep it alive. With the owners having a bigger stake than the other stakeholders, they control more of the sport’s destiny, and despite their best intentions, self-interest will inevitably lead to decisions not in the best interest of other groups, notably fans.

Second Truth – I hate that stock car racing has nothing to do with stock cars anymore, but that’s not going to change. For one thing, even those bigwigs too young to remember Big Bill France have heard what a nightmare it was for him to maintain some kind of parity among manufacturers when the cars actually were stock, and they know that near-total control of the cars helps them keep most of the field on the lead lap every week. I’m not sure how football would have to change to make every final score 34-31 (or equally close), but if they tried, I think they’d screw up that sport just as much as NASCAR-designed cars have screwed up NASCAR.

Third Truth – Driver development programs have hurt fan interest even more than the Charter System, because up-and-coming drivers are put on the Cup Series stage before they have a good fan base, and NASCAR does nothing to help establish them as personalities (maybe even people with flaws) and not just interchangeable spokesmodels. It all has to do with sponsors and the images they covet, but other sports have sponsorships and still have characters covering the spectrum of “good,” “bad,” and “ugly.” My thinking is that NASCAR would have had nearly as many sponsors with an attitude of, “this is our sport; take it or leave it,” as they have with, “we’ll support whatever you want to do, as long as your checks don’t bounce.” Their choice of the latter path is one for which we’re now paying a steep price.

Beyond the Truths – There are some changes that could be made, and I can’t explain why they aren’t considered . . . well, maybe I can’t.

The rules and the points – There is no excuse for creating a rule book the size of the New York City telephone directory (if there still is such a thing). Simplify and disqualify. As for the totally indescipherable point system (and stage racing), I have no explanation whatsoever. The Edsel and Google glasses made more sense.

The cars – Why Chevrolet puts millions of dollars into NASCAR and makes the Camaro the face of its spending is beyond me. Never a big seller, Camaro sales are dropping like a stone these days (one recent story called it a “death spiral”). The Chevy Equinox, one of the brand’s five or six SUV models (and one that might be NASCAR’s choice to race) sold almost seven times as many units as the Camaro last year. Overall, Chevy SUV sales topped Camaro sales by more than 15-to-1. I drove an Impala when Chevy raced Impalas and a Chevelle when Chevy raced Chevelles. Now I drive a Hyundai Elantra (which would be kind of fun to see race, if 4-cylinder engines were the norm).

The Pipeline – (This was also covered above, but I have more to say.) Just as Indy Car racing will never return to its peak, which was marked by top stars having graduated from the weekly midget and sprint car wars, NASCAR will never regain local racing fans if their heroes don’t get a shot at running with the big guys. When I first decided to attend a race, that was one of the reasons, and I know followers of weekly racing could name hometown stars anywhere that they’d pay to see run against Harvick, the Bush brothers, Elliott and the rest. Sadly, when a local “shoe” does show promise, he or she is thrust into the driver development routine before developing more popularity. The days of “T-Shirt City” outside a NASCAR track with fans spending bundles on gear are over in part because NASCAR got greedy (surprised?) and tried to take it over, but it’s also because there’s none of the passion for the new generation (except maybe Larson and Elliott) that there was for Gordon, Stewart, Earnhardt and others.

OK, if you’re still reading, you’ve probably read enough. The conclusion is that NASCAR today (meaning the touring series) isn’t the sport that I fell in love with decades ago, and it’s not going to go back to recapture what it had then. There are structural obstacles (the “truths” above) and “no-reason-I-can-imagine” obstacles, but the bottom line is that I can either accept the future as the suits tell me it will be, or. . . .

If you need me this weekend, I’ll be at a weekly short track race.

Photo Credits: The Kyle Larson photo on the cover is from GMAuthority.com. The shot of occasional 1963 teammates Junior Johnson and G.C. Spencer is one I’ve used several times, and I’ve lost track of any original credit. The Lennie Pond/Ronnie Elder picture was used by Randy Hallman’s Racing Virginia website, which means it might have come from the Richmond newspapers, but there was no credit. The “street” Camry photo is from Toyota (nice of them to show a sign in the background for a racing series in which they don’t participate), and Denny Hamlin’s Camry is from NASCAR. The Joe Weatherly photo is from StockCarRacingHistory, and the train wreck shot is from a magazine for chaffeurs; in both cases, I’m pretty sure they got them from somewhere else. The Hickory Speedway photo is from the Hickory Daily Record.