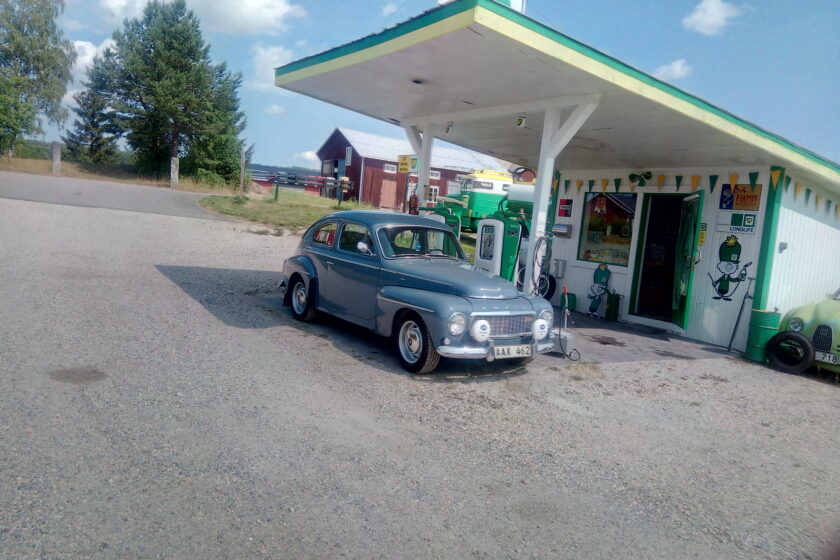 Author’s Note: After reading Frank Buhrman‘s new one, it took me back many years to one of my first articles on RFF about some of the changes NASCAR was making, especially when their Chase started. Please enjoy and compare to what is happening in NASCAR today, regarding changes. Thank you.

First comes the addiction: Even as a young girl I loved going fast and watching people drive fast. I had an uncle and an older brother that I loved to ride with because they always went fast. In school I was more attracted to the boys who had the fast cars. When I entered the work world in Florida, I felt had to work for an auto dealership to be around something I loved and I just drooled over the new cars and longed to be able to afford one. My favorite salesman was also a race track promoter and I worked for him on Saturday night at his track. From there I just had to go to Daytona and watch the racing. Then I went to other tracks I had heard about and finally to California and Oregon and some of the tracks there. I worked for other dealerships and one of my bosses said I must have gas in my blood because I thought about cars and racing so often.

Through the years I have thought about this and have finally determined it to be an addiction. If I can’t go to watch racing live, then I watch any and all types on television and listen on the radio if I am in a vehicle. I also read about it and search for information on the Internet. Through it all, Nascar Cup has become and stayed my favorite. From Fireball Roberts to current time I have faithfully followed many different drivers throughout the years and have had many favorites plus many happy and sad times. I remember and think of all the drivers we have lost and cannot begin to comprehend how their wives, mothers, other family members and loved ones dealt with the danger week after week and then the loneliness when someone was prematurely taken from them due to speed. I just know I could not walk away from it so I can sort of relate to their addiction to speed and excitement.

Next comes the disillusionment: After being faithful to Nascar for over forty years, they have started to change so much that I hardly recognize them. They threw away a perfectly good point system that had worked for many years and one which awarded drivers for consistency to follow other sports that have their playoffs at the end of their season. I am not saying the chase for the championship is a playoff. What I am saying is that too many drivers and teams will not be recognized at the end of the racing season. Cup itself is an entity. It does consist of teams but is not broken up into divisions like most sports are. I distinctly remember Mike Helton saying Nascar will not change for changes sake. Yet this is what I see happening. I am amazed that a new generation of Nascar management can take what was once a good competitive sport and turn it into a now politically correct entertainment. We now have poster boy drivers who are limited in what they can do or say even though most of them are very good drivers.

It also appears that tradition is not very important anymore although some of the ads say that it is. Rockingham will have no racing in future years and one race has been taken from Darlington starting with the 2005 season. Every time they (the powers of Nascar) thank the fans, I wonder which fans they are really thanking. The ones who are there for the entertainment and socializing and who may not know anything about competition or the real sport of racing and will drift away soon? Or the ones who can draw more wealthy and famous people into the sport for a while? I know they are not thanking the veteran fans like myself. Now I must describe the type of simple but veteran fan I am. I like good competitive racing with drivers who don’t mind a bit of rubbing on the track and drivers who don’t mind expressing their opinion if the need calls for it. That’s it. I don’t need in car camera shots, pointers or a lot of nonsense in the announcers booth. I don’t need to see a celebrity sing the National Anthem. I don’t need to see someone who has never heard of most of the drivers giving out the awards in December. All I need is speed on the track and close competition. Although I have changed, grown with and accept new technology and have seen wireless come to life and am utterly amazed that the Internet can provide so much information so quickly, I am not pleased with some of the changes Nascar has made. I think Nascar has developed wonderful safety procedures and I am pleased that they now plan television contracts so fans can watch if they choose. I am not resistant to changes in racing if they are good changes. After all, I have gas in my blood.

Now comes the conforming: Because I am not a multi billionaire who can buy the sport or the tracks, I have to watch what is available. If I choose, I can conform and look at Cup racing as entertainment that gets constantly tweaked or changed. These changes usually come about depending on who requests the tweaks or changes at the time and then we are told that we will like the new format and changes as soon as we understand them. My other choice is I can once again go back to the Saturday night races or maybe even make one of the other types of racing I watch my favorite. There is a lot of racing out there and I watch it all – from dirt bikes and cars to road racing, open wheel of all types, oval tracks, and boat racing. I still favor Nascar and all their divisions because I grew up loving it and I usually choose these to watch if I have to make a choice. The big question and the one I seem to ponder the most is: Do I watch only other types of racing and do other things on Sunday or do I remain true to a sport and type of racing which is not being true to me anymore? To continue with Cup I have to conform. Is it worth it? Should I conform? Would you? Do you have gas in your blood?