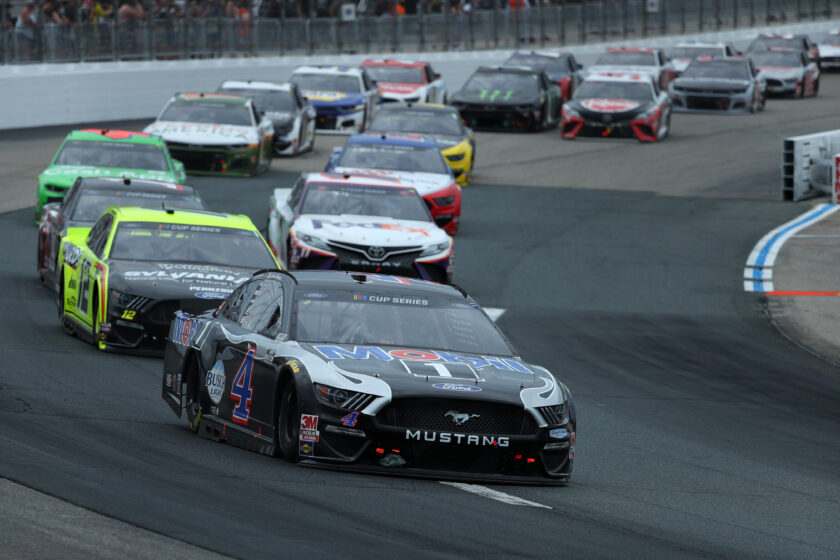 Last weeks races at Knoxville and Atlanta left me a bit sad. Sad because it was the last race on the old Atlanta surface. We all seen how long time it takes befor the tracks-surfaces to come in and start producing good racing, without the unpredictable PJ-1 addition.

The truck-race was not as good as we have seen sometimes from Eldora. This due to the track taking on rubber way to fast. But this was the first time there and for the next time hopefully they got something figured out. In the truck-race Austin Hill was the “Last Man” standing so to say! Or maybe like Jordan Anderson Tweeted ” “As a spectator in this race I’ve never seen guys with such disrespect for each other. Not sure I would really call this racing” . Well maybe this is another example of what we have been hearing time after time when Drivers being interviewed saying they’ll do anything to get the win. Hey I’m not pointing any fingers to any of the drivers here, I can’t remember seeing one truck at the end without some kind of damage.

The Atlanta races gave us good racing in both series, it’s so great to see different lines around a race track and that you actually can run-down the leader and pass him as well. I can fully understand the need for a repave especially when parts of it coming loose. I really don’t understand the need for the re-configuration. But on the other-hand maybe I’m not one of the intended target audience. So when the Drivers that were not consulted because their opinions often differ from the intended target audience why should I be heard. Anyways it is what it is bring it on and we’ll see what we get. However, full Results from the weekend, here.

The SRX series race was fun to watch and had some good racing at the high banks at Slinger Speedway, results. Good to see Marco Andretti running up-front during the evening and winning the race with local driver Luke Fenhaus second and Tony Stewart third also another solid effort by Hailie Deegan in fourth. SRX series has done good so far this year, so I’m looking forward to this weekends race at Nashville Fairgrounds. Schedule below!