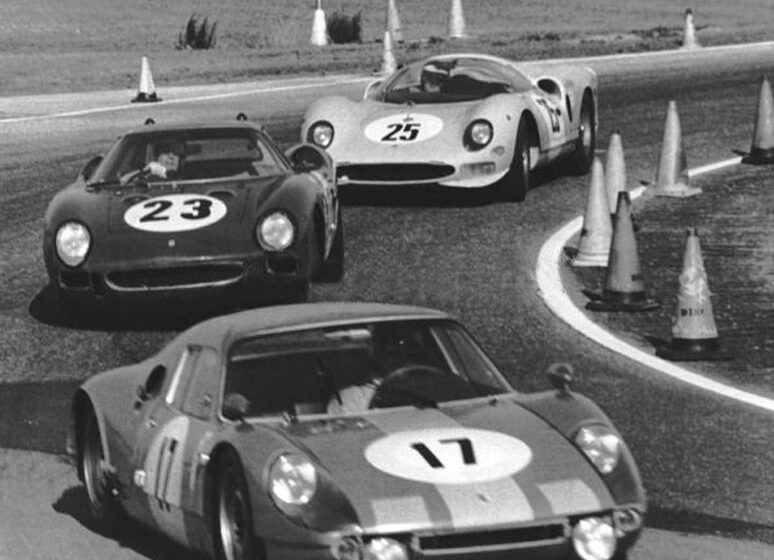 Author’s Note: I wrote the following before the 2016 NASCAR racing season started. NASCAR has had racing in Daytona on July 4th or during the weekend close to that date since 1959. For the first time since then, there will be no NASCAR at Daytona this July. To some that is a sad thing, but to others it will be a new adventure when NASCAR races a road course on July 4th at Elkhart Lake, Wisconsin. Please enjoy the racing at Road America this weekend. After all, it is racing, too, just a different location. Please reminisce with me as I walk down memory lane. Thank you.

While living in Orlando during 1960’s, I had opportunities to attend quite a few Daytona 500 races. I attended these races with friends that I worked with, one of whom was the local race track promoter. I worked in the concession stand at his track in addition to my regular job. It was an exciting time in my life. It became tradition to go to Daytona the day before the Daytona 500 so we could cruise around Daytona and drive by The Best Damn Garage in Town several times hoping to catch sight of Smokey Yunick and different drivers hanging around.

No one was allowed inside that garage without Smokey’s permission so we would just look as we drove by. Then it was on to the Steak ‘n Shake for food and to see who was there. After that it was back by Smokey’s garage and so the cycle went for hours until we returned to the track. I have lots of happy memories of Speed Weeks during that time.

My favorite memory is of the first 24 hour race at Daytona that I not only attended, but also experienced my very first camping trip during that same weekend. The year was 1966 and although there had been some endurance racing of lesser hours at Daytona prior to this, a 24 hour race at the track was something new. The promotions were exciting as drivers would be coming from all over the world it seemed.

Plans were formulated to make sure our group had one of the best camping and viewing spots in the huge infield. Tickets were purchased in advance and our camp spot was selected by the two track promoters who were part of the group. Food and drink were planned, prepared and packed along with items that would be needed for sleeping and personal upkeep. Six of us would be sharing one small pop-up trailer that had very little room. We would take turns sleeping and keeping the fire pit going. Along with many other campers, we had a small fire pit which was watched and tended constantly. We arrived a day before the race was scheduled to start.

That Friday night we visited a place called Club 92 which was across Hwy 17-92, not too far from the track. We talked with a few of drivers there, including assorted Grand National drivers. We were all very excited to be at this huge track with a road course incorporated into the big oval and part of the infield which was fenced off to accommodate many fans whether they would be camping or just parking their vehicles and sleeping in them. It was also very exciting to drive or walk around the infield and watch the race from different spots and have different views of how they were running the track.

There were a few scattered buildings which had food and restrooms. There was a news room which I believe served as a type of media center also. This building housed lots of land line telephones and teleprinters. Technology was not as advanced then as it is today so news was not as readily available. The push button telephone which replaced the old rotary dial phones had only been available for three years. Now it is mostly cell phones that the reporters use. Back then one could get updated print outs of what cars were still running and their positions at certain intervals from the teleprinter.

After watching many headlights during the night and finally falling asleep for a couple of hours, it was fun to wake up to fresh coffee along with sausage and scrambled egg sandwiches which were cooked on the grate over the fire pit. Then we freshened up and went to the news room for the latest print out to see what had transpired during the night. I am not sure if I had a favorite driver in the race. At that time, I was new to sports car racing and I took it for granted that the track promoters knew who was good so I pulled for the ones they suggested. I remember they were pleased with the results. We talked about the fun we had for weeks. We felt lucky to have been a part of that exciting weekend which was all too short.

Many years have passed since that time and although the 24 hour race was shortened and even discontinued for a few years, it came back because all types of auto racing had become more popular and the energy crisis had passed. Since that time my love of all types of racing has never wavered. I find it is just amazing what mere mortals can do with these wonderful driving machines that we know as race cars.