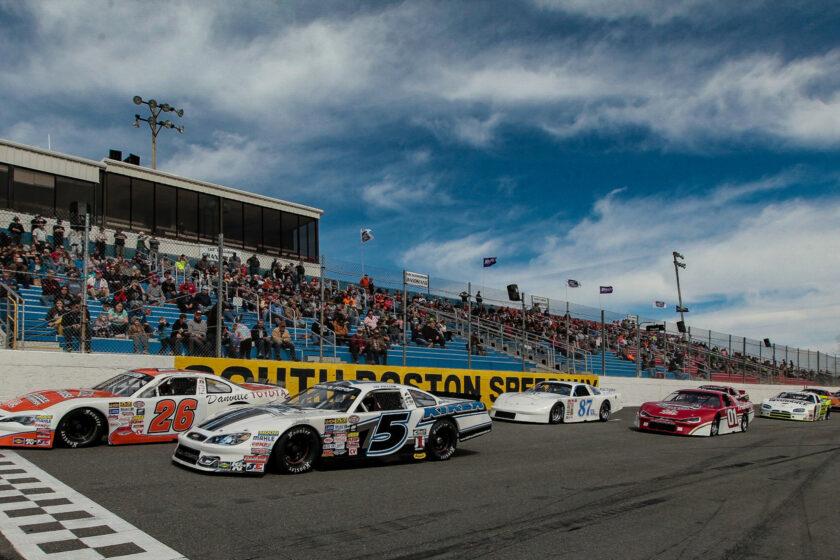 “Look, doctor, I know that it’s not healthy for me to have this hatred of racing at Talladega, but what can I do about it?”

“Well, I guess you could try writing about the kind of racing you like, to keep you mind otherwise occupied.”

“I guess I could try that. Do you really think it will work?”

“Maybe, maybe not, but we won’t know until my bill has been paid, so at least something will turn out right.”

Everybody wants more short track racing, right? Well, here’s one fan’s idea: Clear out a full month during the Cup season and replace the current schedule with the Short Track Festival of Speed, four weeks during which we could have some fun.

Two race dates a week. On Wednesday night, the Cup regulars would be split randomly into two groups that would race at two similar tracks (choose from among the likes of Hickory, South Boston, Dominion and Langley in the Mid-Atlantic, or Port Royal, Grandview, Delaware Int’l and Bridgeport a couple of states farther north; similar pairings could be used in other regions). Then, on Saturday, everybody runs one track with a larger capacity (Dirt Track at Charlotte; Nashville Fairgrounds, Oswego in New York or Stafford Springs in Connecticut).

Starting fields limited to 24. The mid-week races would have slots for a couple of local racer qualifiers; the Saturday race would have qualifying events. Features would be 100 laps (maybe 150) on Wednesday and maybe 50 laps longer Saturday.

Cup cars would NOT be used. The cost of a NASCAR-legal Late Model Stock Car is chump change to Cup teams, so that’s the pavement car. Super Late Model dirt cars are pricier – mostly because of the motors – but still only a fraction of a Cup car’s cost.

Obviously, the crowds would be smaller, but you wouldn’t need extravagant TV revenue to pull it off. If it works, you could do a winter version, using The Dome at America’s Center in St. Louis as the model; dirt super late models have run there successfully.

If doing different things is the key to resurrecting Cup racing, then this could work. I sometimes wonder if tastes haven’t changed in such a way that week-after-week long races isn’t part of the problem these days, and this would be outside that box. The different types of vehicles also could be a plus. Look how much attention NASCAR got by putting dirt on an existing track and running unsuited vehicles there.

The drawback: $$$$$. Today’s NASCAR model is predicated on mega-money flows. But those cash rivers continue to dry up, so do you want to wait until there’s nothing, or do you want to see if this plugs a few leaks now? Maybe the paychecks won’t be quite as big, but nobody’s asking you to flip burgers . . . yet.

It could be a helluva series of shows.

So did writing this article help my Talladega-hating brain? Maybe, for a while, when the ideas flowed out, but when they hit the “nobody in a position of authority would buy this” reality check, the adrenalin started to dry and crack. Still, there’s hope. After all, I’m putting off my taxes, hoping that I’ll find a math error that turns my preliminary assessment of having to pay a bundle into a modest refund.

(Photo credits: The late model stock car image is from Speed51.com, and the super dirt late model photo is by Jeff Huneycutt for hotrod.com. The victory lane photo is by Randall Perry for the TimesNews of Kingsport, Tenn.)