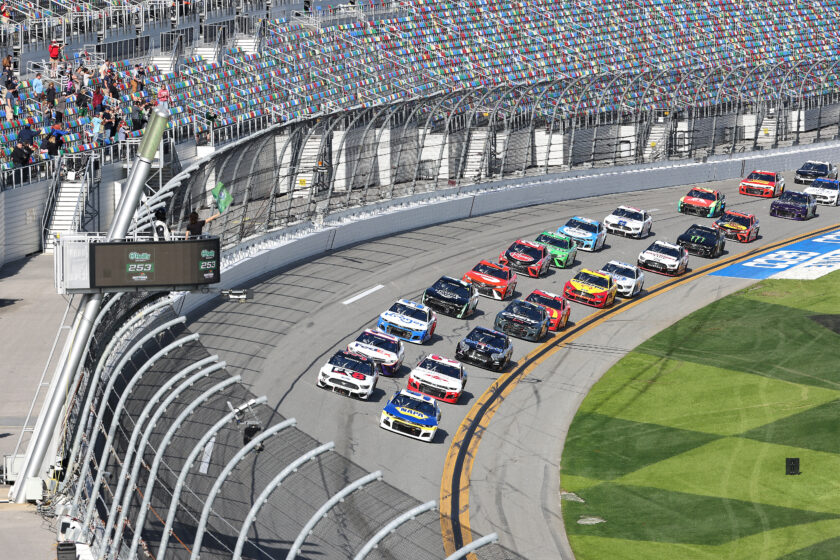 On February 9th, NASCAR started racing at Daytona International Speedway. We fans had waited for the new season with hopes of safe and fun racing. We each had our favorite drivers, teams and makes of cars to cheer for in each race.

Because of the Covid pandemic, there was no race scheduled in CA. Instead, all the teams stayed in Daytona to race on the road course. Today I will be writing a short summary, including my thoughts, about that Cup Road Course Race on 2/21/21.

Chase Elliot was on the pole and Michael McDowell was on the outside of the front row. The race started out a bit crazy due to McDowell getting off the track and then falling back a bit. Kyle Busch also got damage on right front due to the shuffle taking place on the track as drivers adjusted, to avoid creating or being part of an incident. The first caution was called due to McDowell losing part of his tire. The rest of stage one went fairly smoothly, with some competitive racing, Chase Elliot won the stage.

Stage 2 started and I noticed Kevin Harvick being more careful than he had been in the Clash, his Dual and the 500. None of those had been kind to him. This stage went fairly well, although Chastain hit the wall which created a caution. I also noticed that Kyle Larson was not doing as well as I thought he would, since being admitted back into NASCAR. Truex, Jr started to improve his position in this stage. Ryan Blaney, normally an excellent road racer, was not making much progress, but Denny Hamlin came to the front and won this stage.

Stage 3 and the final one, where the overall winner would get a black and white checkered flag, rather than the green and white checkers that flew after the 1st and 2nd stages. Kurt Busch came off pit road first with Hamlin coming out second. There were a few incidents toward the end, but alas, I cannot mention all of them due to space constraints. Kyle Larson got off track and into the tire wall, but no caution was thrown for that. There was some rain for a short while, but not enough to affect the racing. Others involved in various incidents were – in no particular order: Kurt Busch, Truex, Lajoie, Keselowski, Elliot, Logano, Hamlin and Briscoe.

At the end, it was Christopher Bell who took the checkers first and celebrated his first NASCAR Cup win.