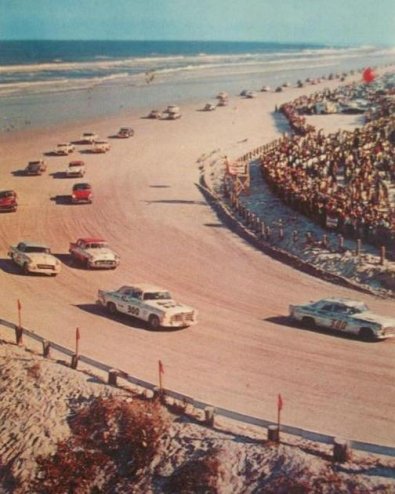 I would introduce myself and provide a short biography of my involvement with, and love of racing. I will occasionally be writing NASCAR racing articles and they will appear on this site. Thank you, Bernth Nordin, whom I call Berra, for the gracious invitation to be a part of PTR, aka Pure Thunder Racing.

My name is Vivian Simons and I reside in Oregon, USA. I am a retired senior and have been a race fan for as long as I can remember. I previously wrote for Race Fans Forever, but unfortunately the site is only open for forum discussions now. Prior to that, I wrote articles and race reviews for Speedcouch.

My interest in racing began when my older brother used to take our family car out on dirt roads and drive around corners as fast as he could. He would also drive in the woods sometimes, using trees and bushes to make a road course. I love watching him.

I attended local races and when I was older, I worked in the concession stand at the local track. The stand was actually situated in a spot that had part of the track in view. At that time, my day job was at the local Pontiac dealership. One of the salesmen was the local track promoter and he became my mentor. When Daytona opened, I started attending all the races there. I was fortunate to be able to attend the very first 24 Hours of Daytona.

When I left Florida, I traveled to the West, got a job, met a wonderful man and got married. At that time, he was a motorcycle racer so I fell in love with motorcycle racing. After a few years, he started racing cars instead, and I learned a lot by being involved in the local tracks, as well as the distant tracks he raced at. Perhaps I will go into detail on that part of my life when racing season is not so busy.

At this time in my life, I spend very little time going to races in person, but much of my time is spent watching any type of racing on television. I am really hooked on Supercross and Motocross, as well as NASCAR racing. Both are great interests for seniors

I look forward to writing some articles for PTR and hearing from you with feedback from said articles.

Stay safe, be happy and enjoy the speed and sounds from autos, trucks and motorcycles.