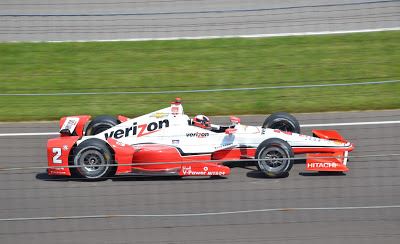 This weekend, it’s time for the 2nd round of the Verizon IndyCar Series at Phoenix International Raceway, Arizona. The raceway is located near Avondale in the Estrella mountains. Phoenix International Raceway opened in 1964 and it has a long history of Open Wheel Racing. But IndyCar has not been racing here for the last eleven years. After the recent reconfiguration, the raceway now measures 1.645 km (1.022 mile) tri-oval.

Racing at Phoenix began on a dirt oval at the Arizona State Fairgrounds in 1915. The race was revived in 1950 by the American Automobile Association (AAA) and then passed on to the United States Auto Club (USAC) in 1956. USAC moved the race to the newly built Phoenix International Raceway in 1964.

The race became a CART event in 1979, and joined the Indy Racing League in 1996 (Arie Luynendyk as winner). The last CART Race at Phoenix was won by Robby Gordon in 1996.

Montoya is the leader

The 2014 IndyCar Champion Will Power will make a comeback this weekend. The Australian Will Power sat out the last race due to a crash in practice. Power, who drove 90 laps in a private test session at Barber Motorsports Park, will be ready to fight for the win again.

# 12 The 35 year old Will Power will take his Dallara Penske back from Oriol Servia. Power had missed the Grand Prix of St. Petersburg because of illness.

# 16 The 22 year old American Spencer Pigot (R) will miss the scheduled race in Phoenix. The Rahal Letterman Lanigan Racing will not replace him in his Dallara-Honda car.

# 20 The 35 year-old American Ed Carpenter will, as planned, drive the Oval races in 2016 in his Ed Carpenter Racing Dallara-Chevrolet.

# 98 The 24 year-old American Alexander Rossi (R) is  missing in the # 98 of Andretti Autosport. The Team will not replace him.