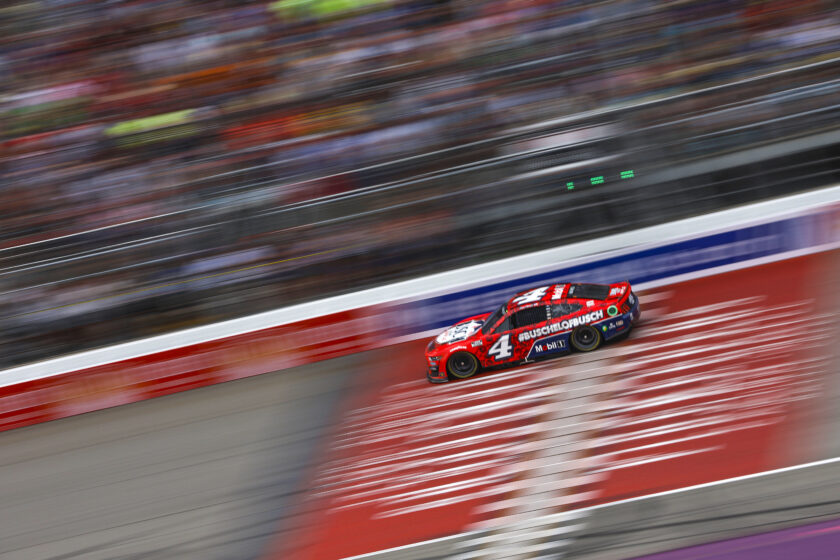 I don’t get to listen to Dave Moody’s show on SiriusXM NASCAR Channel 90 very often, but was on the road Monday and decided to tune in.

Ray from Kansas’ call caught my ear. He was talking about even how great things are going in the sport today, there is all this negativity.

He and Dave had a lively discussion with The Godfather pointing out that most of the feedback after the Michigan race was actually positive, with fans liking what they saw with Kevin Harvick’s win. But, what really peaked my interest was Dave’s close to the call. It went like this-

“Yesterday’s win was was fairly lopsided as wins go these days, this year.  Harvick’s win, his margin of victory was 2.9 seconds whereas a yearor two or three ago we were not at all surprised to see seven, eight or 10 second MOVs.

So 2.9 as as lopsided as it may have seemed in Racing Year 2022 ugh pretty good in comparison to years past.”

So from Dave’s comment, I took it that Michigan produces races with massive Margins of Victories (MOV) and does so frequently enough that it’s expected. But now with the NEXT GEN producing a 2.9 second MOV Sunday we should be pleased that things are now heading in the right direction.

I didn’t quite remember Michigan races as being that bad, so I pulled up good ol’ Racing-Reference.info to see what NASCAR’s timing and scoring said about the finishes “a year or two or three ago”.

Ranking MOVs from closest to largest over the last three years (“a year, two or three ago) produced a few surprises

First, the expectations for seven, eight, ten second MOVs may have been there for Dave and others (he seemed to be speaking for the fandom as a whole), but they never happened during that “a year or two or three ago” time frame.

Second, Sunday’s MOV was the largest over that time period.

Next, not only was Sunday’s MOV the largest but it was almost double the next largest MOV in that time period.

Finally, we see the car that the NEXT GEN replaced-2021 GEN 6 had the closest MOV for that time period – .077, a far cry from the seven, eight, ten second expected margins.

So Sunday’s race is “pretty good in comparison to years past”?

Based on those numbers, things don’t quite square up with Dave’s comments on Michigan finishes.

Maybe the low MOVs were due to short green flag runs to the finish. Harvick’s run did come off a 35 lap run and it took Bubba Wallace a while to get past Joey Logano. I might could go with that but the 2019 (1) race ended with a 48 lap green flag run and was still almost half of Sunday’s MOV.

Maybe the time frame was off some. Surely there is a basis for Dave’s 7-10 second MOV comment.

So the search expanded back to the 1993 season. That’s when Dave went full time with MRN. The MOV’s over the period Dave called every Michigan race for MRN ranked largest on down was as follows-

So for the last 56 races there was only one 8 second plus MOV race when Greg Biffle smoked the field 18 years ago.

Out of those 56 races, seven finished under caution, leaving 49 with a MOV. When you look at the ranking above, you see that Sunday’s race had the 9th largest MOV since 1993.

That means that 40 of the 49 races that Dave called had closer finishes than Sunday’s race.

“Pretty good in comparison to years past”… OK? If you say so.

So where does this 7, 8, 10 second MOV expectation come from? To get those types of MOVs you have to go back even further… BDM… Before Dave Moody went full time with MRN.

Looking at the MOV’s since the track opened in 1969 we see the following MOVs that meet or exceed Dave’s expectation range.

So in the 53 year history of the Michigan International Speedway there have been 105 Cup races held there and a grand total of 7 have had margins of victory “seven, eight or ten seconds” or greater.

Let that sink in a minute… 7 out of 105. Is that enough to expect Sunday’s race to turn into one of those? Is that enough to comment in such a way to lead listeners or at least this listener to believe that large MOVs is commonplace at Michigan?

I wouldn’t think so… but there has to be some reason, some basis to paint that word picture when the stopwatch and the record books say otherwise.

So where is this large margin finish expectations Dave speaks of is coming from?

I really have no idea. Since his comment referenced NEXT GEN I suppose one way to make the new product look better is to compare it to the old and the worst of the old at that. Unfortunately when you actually look at the Michigan numbers, that just doesn’t pan out.

And no matter who says it or how often they say it that changes nothing because the stopwatch and record book doesn’t support it.

Maybe it’s time folks check it out. If they did they will find that for every 16.5 second Rusty Wallace blowout Michigan has had a 8 inch Dale Jarrett-Davey Allison MOV. Yet for some reason though, in this NEXT GEN era, such finishes escape mention.

I do agree with Dave that as time goes on they will improve the car. There are lots of smart people in the shops and atop the pit boxes that will figure it out. Finishes will get closer. Maybe next year they can get it down to under a second… like the second race in 2020.

Then they can work on dropping it to tenths of seconds and then hundredths… like they did last year.

Now THAT would be “pretty good in comparison to years past”, wouldn’t you say?

As exciting as that will be there is one Michigan MOV record NEXT GEN will never break. In 1999, Dale Jarrett’s MOV over Jeff Gordon was an impressive .505 seconds-five times closer than Sunday’s race. What made it even more impressive was it was in a race that had no caution flags!

Nowadays, we can’t race without a minimum of two caution flags. So not matter how good the NEXT GEN cars get going forward, they can never take that record away from DJ.

Michigan has a long racing history and now may be a good time to take a look at it. Even if you just look at a year or two or three… you might be surprised what you find.

I know after listening to SiriusXM NASCAR Monday, I sure was.