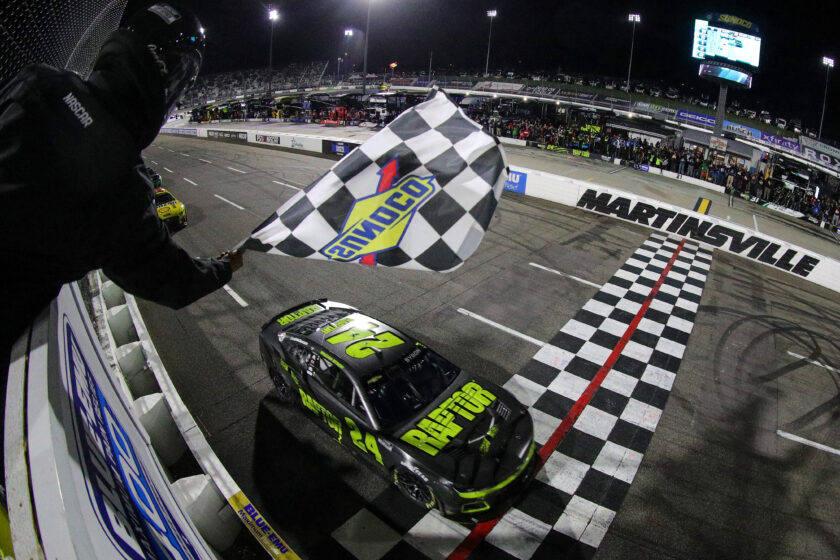 Authors note; This season all we have heard is “how level the playing field is” with the 2022 introduction of the NEXT-GEN. But is it? With last week’s Pocono hullabaloo involving the disqualification of race “winner” Dennis Hamlin and “second-place” Kyle Busch for violations found in Post-Race Inspection. Couple that with NASCAR dropping the hammer on the “randomly selected” victim selected for R & D inspection, it has brought renewed interest in NASCAR’s inspection program.

The timing seemed right to go back into the Archives and dust off this 2018 nugget on the subject. It pointed to a fundamental problem with the system then and four years later the problem still remains.

It was true then. It’s still true today. Isn’t the time is now ripe for a change?

It’s that time of the season. New rules package announced for next year. Ride heights, common splitters, common radiator/oil coolers, enhanced data recording system with high speed cameras, change in inspection procedures replacing the grid, module and LIS with a camera based system. All sounds good. All done in the name of ensuring we have a “level playing field.”

“Level playing field.” I just love that term, don’t you? It’s a very lofty and noble goal. As I look over the rule changes, I wonder, do we really have that? Did these rule changes achieve that? I think not.

The reason why I say this is after all these changes there is still a fundamental omission that keeps the “playing field” unlevel. You see, under the current inspection procedures all winners don’t have to face R&D inspections. And that’s just not right.

Come on, you say. That’s not possible. You’re pulling our collective legs. All winners’ cars go to the R & D Center for extensive post-race inspections don’t they? They take the second place cars as well, along with a “randomly” selected car. NASCAR has it more than covered. So all winners do go don’t they?

Well, guess what? They don’t. It’s true that all race winners do go, but under this year’s newly implemented stage racing each race now has multiple winners and Stage 1 and Stage 2 winners don’t automatically face the R&D Inspections.

If Stage 1 or Stage 2 winners win the race or finish second, of course they go. Likewise, if they are “randomly selected” they would go. However, if you win Stage 1 or Stage 2 and don’t finish in the top two and are not randomly selected, you skirt by and get off scot-free. You get your season points. You get your valuable playoff points which you keep into the Chase. You get it all and you don’t have to face a major teardown and possible encumbrances that seem to have cropped up as late with cars going through those types of inspections.

That’s hardly a “level playing field” is it?

You’re may be thinking, what’s the big deal? Stage 1 and Stage two winners only get a single playoff point. That’s true, but as Martin Truex Jr. has shown those points add up as he racked up 18 of those bad boys through Stage 1 and Stage 2 wins. That’s the equivalent of winning three more races and then some. So, instead of rolling into the Chase with 4 wins, tied with Kyle Larson, Truex is really sitting there with a playoff points total as if he won seven races. That’s huge.

When you couple that with the fact that out of those 18 stage wins only four faced automatic R&D inspections because the 78 also won the final stage (the race) and had to be inspected because of that, he basically won three races and did not face R&D Inspections. That’s huge.

Think of the uproar that would happen if NASCAR just gave a team three free passes after race wins. However, with the current procedures that is exactly what is happening, yet the Sanctioning Body sees no problems with it.

Well, is it a problem? Is this just a 78 issue? If you look at the twenty-six race regular season results, there were 52 Stage 1 & 2 winners and one Stage 3 winner (Charlotte) for a total of 53 stage winners. Only 9 of those stage winners were subjected to automatic inspections because those stage winners also won the race (six times) or finished second. This means 83% of the stage wins did not automatically receive inspections.

If you are seeking a “level playing field” that’s a problem, a big problem.

“But wait” I can hear them say. “Stage winners who did not finish first or second in the race could be “randomly selected” and face inspection that way.” That’s entirely possible and may in fact have happened. To what extent it happened is not easily discerned since those “random” selections are not readily documented anywhere (or anywhere I could easily find). Including stage winners under the single “random” selection rarely covers the situation and in fact creates an even more “uneven” “playing field” as in half the races the Stage 1 and Stage 2 winners were different cars. This results in four cars that on a “level playing field” should face R&D Inspections but only three can be selected under the current procedures. So which one of the two do you “randomly” select and which do you “randomly” give the free pass?

Bottom line, it doesn’t matter how much the inspection process is improved or automated to “level the playing field” it can never be “leveled” as long as the process to determine the cars subjected to inspection is flawed. The current selection process, race fans, is flawed, seriously flawed.

The good news is that unlike things like aero-push and other issues that are hindering the sport, this one can be easily fixed. All NASCAR has to do is to add any Stage 1 and Stage 2 winners not part of the current three cars currently selected to the selection list. That would mean the the race winner, second place finisher a “randomly” selected car and any stage winner not in the first three would be making the trip to Charlotte for the weekly tear-down fest.

This change means that as few a three cars can be selected (like Vegas and Kentucky, 2018, where Truex won stages 1,2 and the race) to as many as five cars (where neither stage 1 and stage 2 winners did not win the race, finish second nor was randomly selected as happened in 13 races) can face R&D inspections.

NASCAR constantly talks about creating a “level playing field”. Of late it seems to have become one of their pet phrase. The truth is, until they include all Stage winners in the R&D inspection process the field can never be level no matter how much they talk about it or how hard they try.

The solution is there. Now is the time to either fix it or quit talking about level playing fields.

(Editor’s note: This story is publish with the permission from the author! It was originally published on Race Fans Forever. More of David’s articles; ( Here)