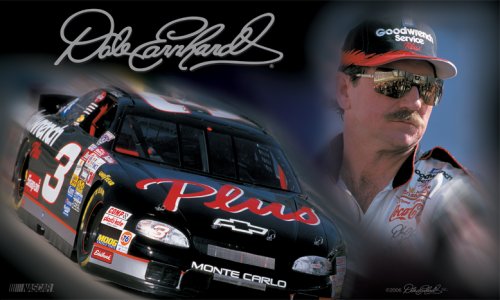 Editors Note; Today, we here at Pure Thunder Racing are with heavy hearts and are sadden by the loss of our dear Friend and contributor PattyKay Lilley. Rest with in Peace you will always be with us in our hearts.

How does one begin to thank someone they have known for over 22 years through auto racing sites and same interests? There is really no way to express feelings that took over two decades to develop into a friendly and lasting relationship, strictly over the internet. However, I feel I must share with others many memories of this special lady. I have chosen not to call this a tribute as there is no way I could ever do a proper tribute to this Lady. Hopefully, my timelines are pretty much in order. Mama can correct me when she responds to some of the comments I hope we get on this article when fans read it and share remarks or corrections.

I first met PattyKay in 1999 on a site called Perfect Paranoia which was the first NASCAR forum I ventured on to, and started expressing my thoughts and feelings about NASCAR auto racing. We talked easily on the site, and I have a feeling it was because we were both Dale Earnhardt fans. Also, we both seemed to be fair about rating the racing, even when we did not care for some of the drivers, or when our favorite one did not win nor do well in some of the races. I read PattyKay’s opinions and evaluations of the races at the PP site. I was much impressed and knew I wanted to read more and get to know her better. James, the owner of PP chose to close the site due to personal reasons. There is no way we can go back and review the memories which we made there, as I am unable to locate any information on it.

As we all get older, we seem to forget some details along with the timelines, but I believe next came Insider Racing News. Somewhere during this time, there came into being articles by someone called “The Lady In Black”. If you have never read her articles under that name, then you have not experienced some of her best writing with a lot of reliable information. She used satire and praise in describing some of the racers by giving them unique names, depending on what happened during the race. Her articles were normally the first ones I looked for the following week after the weekend races. I still enjoy reading them again and again and will miss them. When I researched the site, I could not find anything about her. I did find a link to some of her articles at Race Fans Forever from 2013 includes a couple of “The Lady In Black” articles.

After Insider Racing News, PattyKay joined Racer’s Reunion and became very active there. I read what she wrote for that site and also listened to some of their podcasts. I started following her on RR and we shared some emails discussing the site and what was being published there. By this time, there were several other well known racing enthusiasts who were also writing for the site. Mama fit in very well and I enjoyed reading what she offered there.

I believe PattyKay and Jim Fitzgerald started Race Fans Forever in 2013. Right away it was a huge success, due not only to great articles, but to the fan following Mama had collected throughout the years because of great writing, among other things. There was a place to comment after articles, information and dates on upcoming races, beautiful pictures and graphics and a forum to post and exchange thoughts and ideas. Notice was given that spamming and bashing would not be allowed or tolerated and the notices were normally displayed at the end of articles. Spammers were immediately deleted and anyone bashing was advised it was unacceptable and their posts were normally deleted also. In many ways, it was a perfect site and one that Mama was very proud of. In 2015, I was asked to join the staff as a writer and my articles began to be published there. I felt very special and proud to be a part of a site that was always safe and clean, and one where trolls were not allowed. It was fun and we all met many new race friends. Being a fan of Robby Gordon, Mama ventured over to his site, Planet Robby and participated there also. Through the years, not only technology changed, but so did the way different owners responded to requests for help in maintaining their sites. Such was the way with Disqus in assisting Mama with problems at RFF. During the past year, help became more and more scarce and neither Mama nor I could get a response from Disqus for assistance to make RFF work properly and have posts show up in a timely manner. Sometimes, it would not even recognize Mama or me as moderators for RFF and shut us totally out when we tried to go into the moderation area of the site.

Sadly, time takes its toll, and sometimes, even when we don’t want it to, things must end. On August 5th in 2021, Race Fans Forever was discontinued and shut down. Like me, there are many of you who will miss going there and talking racing, plus many other things, with friends we have met there.

As she posted many times on RFF, you can find Mama on the podcast, Spreaker. I offer this link and hope you can catch her there.

Now I and many other fans of Mama must say:

Thank you, My Dear Friend, for all the years of sharing happiness and sadness, smiles and tears, and much laughter. Stay safe and keep in touch. God Bless…

To end this thank you to PattyKay, I would like to offer the following YouTube video which we have shared on the site many times.