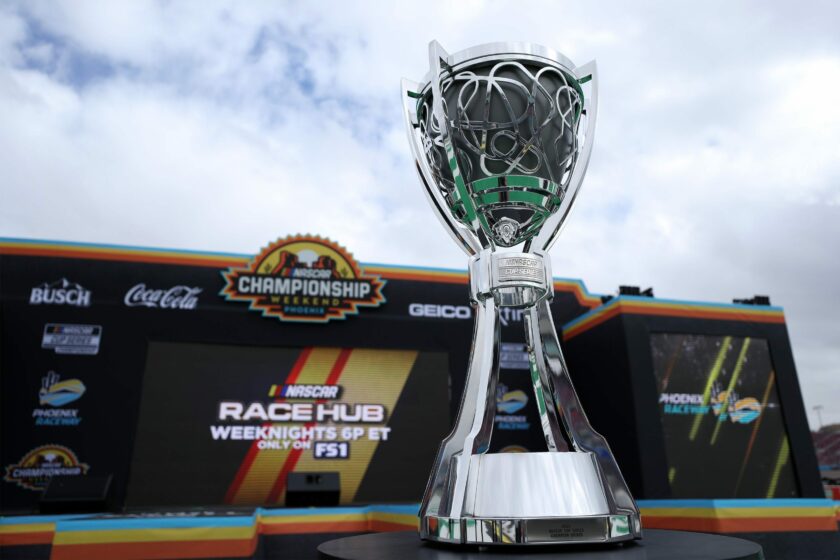 With the Championship weekend and the season over, I am sitting here with some mixed emotions. Sad because the season is over and it’s going to be a long winter and the #NOD (NASCAR Offseason Disorder) once again going to hit me bad. I’m also feeling sad because two teams are leaving, and one team is going to scale back to part time but also excited for the three new teams that are entering the scene. At the same time, I’m glad we got all the races in this strange year. This could have been so much worse, and we don’t know what’s in front of us and what the Covid-19 virus will do to us or if it impacts next year. You can say what you want but IMHO NASCAR did a great job with getting the season in even if it was tough times for everyone involved.

I don’t have too much to say about the races! I mean, with all the championship contenders starting up front and everybody else kind of trying to not interfere and with the TV networks focusing on the “Final Four” one can’t say much on what was going on in the middle of the field. In the truck race the lead changed hands between the “title contenders” all throughout the race. In fact, no one else, except Ben Rhodes who led one lap after employing some pit-strategy managed to lead one lap under caution. The GMS teams have been really strong this year and in this race it showed. The GMS trucks led all but 3 laps of the 156-lap race, extended due to NASCAR overtime. Brett Moffit had the lead at the end of the race when the yellow flag flew just before taking the white flag. Well, on the final restart Brett Moffit and Grant Enfinger were more or less sitting ducks when leading the field to the final green after the rest of the pack went to the pits and took on tires. At the end Sheldon Creed showed how good he is and won the race, holding off Zane Smith and Chandler Smith. Shout out to Stewart Friesen, who had a miserable year but at the end of it finally began to show a bit of speed and had a little bit of luck on the way… P 6 this time. Also, another top ten for Todd Gilliland P9 this time.

In the Xfinity race the two on the front row, Justin Allgaier and Chase Briscoe, exchanged the lead between them throughout the first stage and up until Tommy Joe Martins, who pitted on the previous caution, took the chance to get some TV time for his sponsor. Unfortunately, the engine in his car expired some 20 laps later. Up front Justin Allgaier had taken the lead and held on until Austin Cindric took over with a strong car. Ross Chastain also was in the mix and led a few laps when the yellow flag came out to once again set things up for another NASCAR overtime. Austin Cindric and his team had learned from the Truck race the night before and went to pit-road for tires. At the re-start Austin Cindric almost drove the wheels off the car and no one else hade anything for him, so Austin Cindric won and took care of what was left of the tires on the Championship burnout. Shout out to Jeremy Clements. P10 is a good way to close up the season!

At the start of the Cup race Chase Elliott was forced to go to the back of the pack when his car had two failures in pre-race tech. With Elliott out of the way there was no problem for Joey Logano to take the lead at the start of the race and basically held it to the end of stage one and a total of 125 lap in the lead only to be matched by Chase Elliott who led 153 of the 312 laps. It didn’t take long for Chase Elliott to get back up front. By lap 27 he was back in top ten and when Elliott took the lead around lap 120 the only one who could put up a fight with Chase Elliott was Brad Keselowski at the end of stage two. Other than that, it was only Joey Logano who led a few more laps around the green flag pitstop cycle in the last stage.  At the end of the day, it was Chase Elliott who had the best car and as his team did its best and made no mistakes, he won the race. All in all, the outcome of the race couldn’t have been better orchestrated even by NASCAR, with the four title contenders finishing 1, 2, 3 & 4 and to have another Father – Son Champion is also great. Retiring seven-time Champion Jimmie Johnson came in fifth just behind the final four, and with Johnson also leading a few laps in one of the green flag pit cycles it couldn’t be much better than that!

Don’t get me wrong here, every one of the Champions crowned this weekend were very well-deserved winners. They been up in the mix all year long and on their days, they were undoubtedly the best, and we got to see some really good racing from time to time. So, what was the highlight for me you may wonder? Without doubt the ARCA race! A few weeks ago, I got reunited with an old friend who had found his way over to Twitter where we met by chance. Anyways, since the ARCA race, which was run before the Xfinity race Saturday, only had live stream accessible in the US my friend and I did it “old school” like we use to do when David Gilliland drove for FRM, and “Gillis Gang” got together on the Home page. We had the leaderboard going and MRN broadcast from the ARCA series page along with IM going between us on Twitter. And to make things even better David Gilliland won the race beating Ty Gibbs, Taylor Gray  and his son Todd Gilliland. In an interview with Popular Speed the older Gilliland revealed that he drove the same car he built for his son Todd’s first win in KN West series at Phoenix back in 2015. I also want to say thanks to my old Gillis Gang buddy Clark for a GREAT time during the ARCA race.