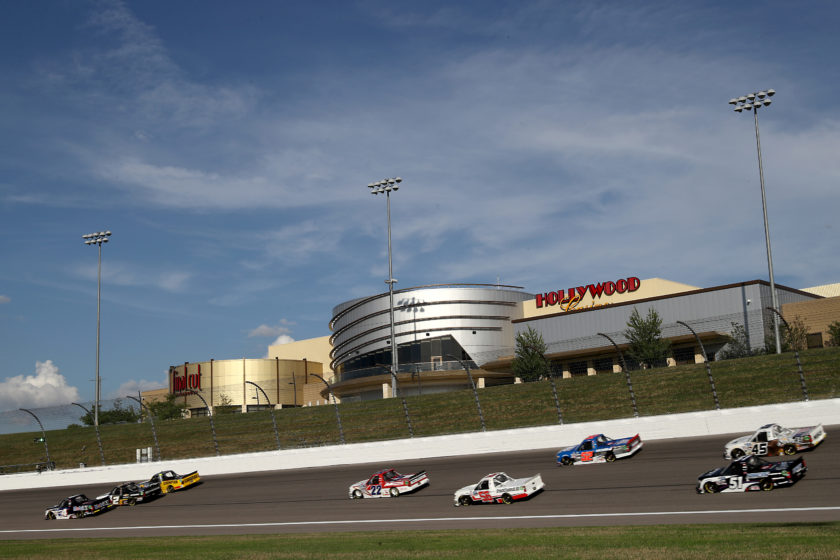 Is the Truck Series the best to watch?

Looking back at the NASCAR Kansas Speedway Races, to me, the racing was a little bit better than expected and again the best racing was in the Truck series. It’s something about the racing in the Truck Series that makes it more exciting to watch.

I mean this week in the Cup Series it only took a few laps after the restarts to have the field settled and with the cars the way they are now, it is difficult pass without help from behind! While in truck side by side racing and passing held on for most of the runs!

This is some interesting numbers and I will take a closer look into them later on this week, so don’t forget to look in here next week to see if I have come up with something! To sum up the Kansas racing in Trucks two of my favorites won… Austin Hill and Matt Crafton!

How about the Xfinity and the Cup Series Race

Brandon Jones won the Xfinity race after navigating true the front runner on the final Green White Checked restart to make it two in a row at Kansas! In Cup series Danny Hamlin hung around in front for most of the race and took the lead on lap 246 for the second Kansas win in a row for him as well!

For some reason I thought about Danny Hamlin last year being the fastest man on pit road meaning he had the most penalties for Speeding on pit road but looking at the stats that’s not the case Hamlin had no where near as many penalties as Corey LaJoie, for example, who had nine and Hamlin only four so I went over to https://www.racing-reference.info/ to find out who is in the lead in the Speeding league this year amongst the cup drivers! This year we have had 31 driver in Cup with pit road speeding penalties so far here is the list with those with more than one penalties!

A little less racing next this week end with only the Cup race at New Hampshire Motor Speedway, the low banked 1,058 mile that someone referred to me as being a “Martinsville on steroids” well if the racing is as good as Martinsville is yet remains to be seen!

That’s all for now
Stay Safe
//B