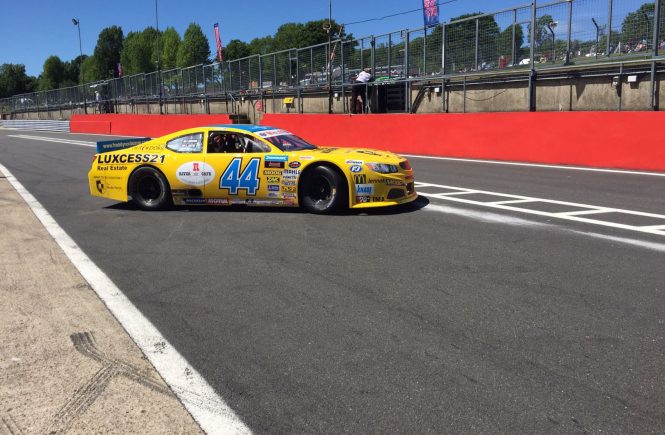 On home soil, the weekend began with a successful test session, which saw Freddy secure the sixth fastest time. Freddy had looked set for a third fastest time, until a red flag with nine minutes to go reshuffled the order.

Heading into qualifying on Saturday morning saw a confident Freddy perform to the masses. A potential fifth place start was erased when he exceeded track limits. With an even quicker lap in his grasp, Freddy and a number of other drivers were sent into a spin, as they caught some rogue oil on circuit. After narrowly missing the barrier, the session was stopped, leaving Freddy with a ninth place start for race one.

As the first race progressed, Freddy maintained his top 10 position, with an eighth place finish in his grasp. However, as the race end came into sight a caution period neutralized the pace, as a car was cleared of the circuit. Not wanting to finish under a caution, race organizers added one more lap onto the 30 minute duration. As Freddy rounded the slow Druids hairpin on the final lap, a rival collided with his race car, to see him drop to an eventual 17th place finish.

Despite his disappointment from race one, Freddy was keen to make amends, and salvage as much as he could from his home race.

Another 30 lap adventure around the prestigious Brands Hatch Indy circuit left Freddy with an eighth place finish, and a smile on his face this time around.

“The weekend did start very well, I had the pace, which was great,” said Freddy. “Race one was disappointing. It was all going very well, and I had been running eighth for a while, so looked set for a good finish. It’s always frustrating to be punted off circuit, but it didn’t dampen my spirits too much, we still had another race to go“.

“Race two was much better, and I was pleased to finish with a strong result. Another mixed weekend for us though sadly,” he added.

Freddy and the NWES fraternity will be back in action on 15th-16th July, at Raceway Venray in the Netherlands.