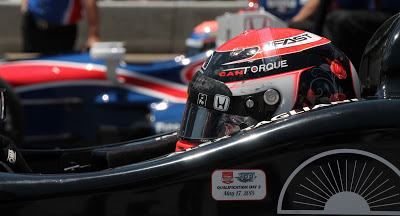 It will be the first IndyCar Road Course race since Toronto 2013 (Barracuda Racing) for the 42-year old Canadian. He finished in a solid 10 place! Tagliani will start in a third A.J. Foyt Dallara-Honda car next to Japan’s Takuma Sato and the British Jack Hawksworth.

He was a full time driver from 2008-2013 (78 races) in the Verizon IndyCar Series, his best finish was 4th place (three times) and 3 pole positions (including his pole in the 2011 Indy 500!). It will be his 9th start in the Great American Race. Currently he drives for the German Zakspeed Team, a Mercedes AMG GT in the European Blancpain-GT-Series.