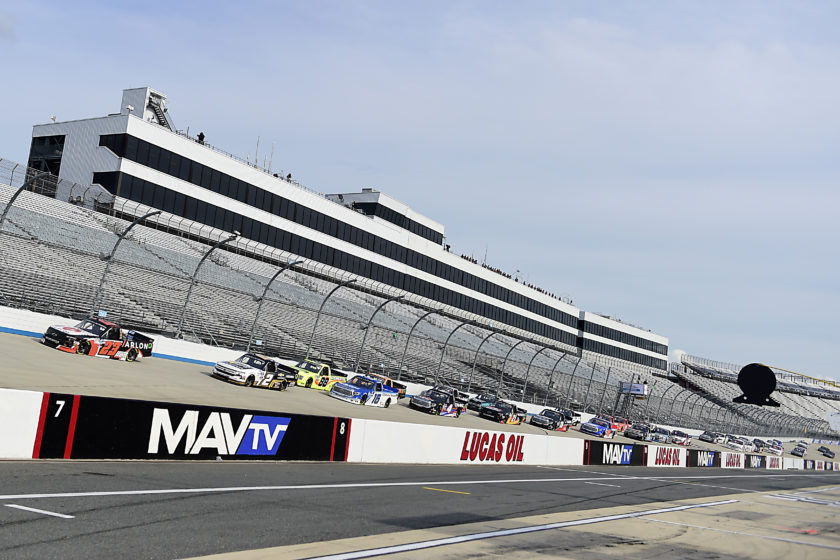 I’ve been trying to find some inspiration to write a few lines about last week’s racing. After all, five races at Dover and the Indy 500 ought to be enough to make you over the moon with excitement. Sorry to say, I’m not! The Dover races never lifted to any heights; not even the Truck race managed to get me worked up, and Indy 500 was, well, Indy 500!!! Somehow it seems like someone or something had tamed the Monster and hearing the NBC booth over and over again telling me how exciting the racing at Dover was due to what’s going to happen NEXT weekend at Daytona… that doesn’t really work for me!

Well, in Trucks, Zane Smith won again. IMHO this kid is going to make it big IF he gets in good equipment. p2 for Matt Crafton, third for Brett Moffitt and a top five once more for Todd Gilliland after the electrical issues last week. All in all, most of the best at the top were off the leaderboard.

Not too much to say about the first of the NXS races other than Justin Allgaier finally had a race without anything going wrong and led 120 of the 200 laps to a win! Shout out to Jeb Burton’s top ten in JR Motorsports #8! For race two we saw an invert of the top 15. Thanks NASCAR! I really like the inverts! Great to see some of the other teams that normally don’t get too much attention starting up front! Well, by the end of the race Chase Briscoe had led 107 of the 200-lapper starting from the back after going to the backup car after damages in race one! Shout out to Brett Moffitt’s top 10! Brett has done great in the Chris Our start up team, IMHO here’s someone that we need to see in a Cup car again!

Like I said before, not too much to be said about the Cup races. Denny Hamlin won the first and Kevin Harvick the second! In the first race Kevin Harvick had a mechanical issue on the car and was not really in the mix! Denny Hamlin won the race with teammates Martin Truex Jr and Kyle Busch in second and third. Sunday’s race had the invert of the top 20 to put Matt DiBenedetto on pole and Brad Keselowski on the outside. Kevin Harvick’s team had managed to fix the issue with the trackbar adjuster on the car and he had a rocket ship of a car. He led 223 of the 311 laps with another p2 finish for Martin Truex Jr and a solid third for Jimmie Johnson.

The 104:th running of the Indianapolis 500 was like racing Indy cars at the famous track use to be… crazy fast with cars on the edge! Early exit for Australian racing star James Davison, with a brake failure and a fire to his right front wheel, BTW Davison is back in Rick Wares #51 this weekend at Daytona. Marcus Ericsson spun out early and put the car in the outside wall. So not too much from a Swedish standpoint to rejoice over other than a few laps in the lead by Felix Rosenquist working a different strategy. In the end Takuma Sato took his second Indy 500 win, with Scott Dixon, who led 111 of 200 laps, in second and Graham Rahal coming in third.

If you missed out on this one on Forbes, it is well worth a read! Also, last time I looked the reward for the stolen MHR racecar and equipment was up to over $20,000.

That’s all I could put together for this week!!