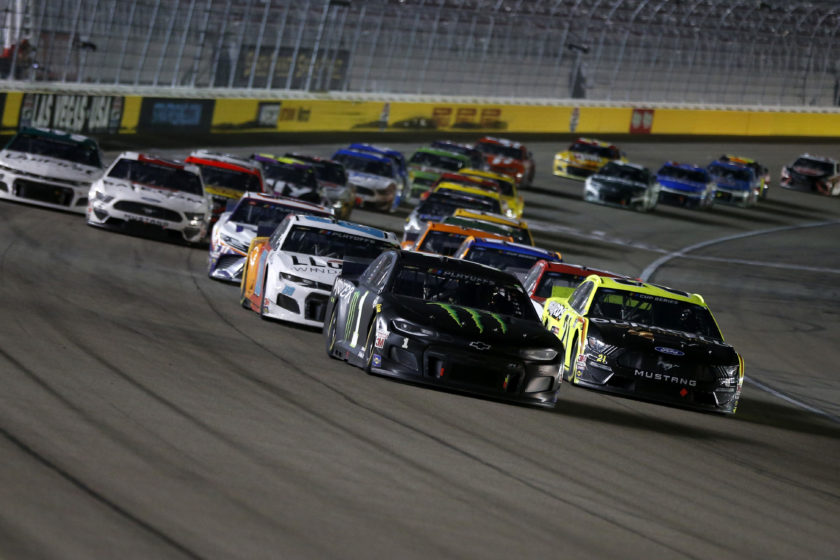 Las Vegas this week and 3 Night races on the menu. I’m not too fond of the night races due to living in Sweden and six hours’ time-difference from US eastern time but I do like the opportunities the streaming service our Sat. Op. provides, making it possible to watch the night races at a more convenient time.

Going into the Truck race there was talk about the challenge between motorsports mates Conor Daly and Travis Pastrana driving trucks for Al Niece. This was the first start in a truck race for Conor Daly and only his second start in any NASCAR series, since August 2018 when he was forced to retire with suspension issues driving for Jack Roush in the NXS race at Road America! Conor Daly finished ahead of his mate Travis Pastrana, however the Niece driver with the best finish was Ryan Truex p- 12 this time: Austin Hill won the race with Sheldon Creed in second and once again, third place for Tanner Gray, P4 for Stewart Friesen and p5 for Chandler Smith! Thoughts and get well wishes go out to Natalie Decker who had some medical issue and was not cleared to start the race.

I don’t have too much to say about the Xfinity race. The racing was as could be expected on the 1.5-milers and with the lineup as it is in these Corona and “Play Off” times… the top teams up front we got to see some laps or so with side by side racing before settling the running order. Ross Chastain seemed to have a strong car and I was looking forward to a good racing for the win at the end of the race between him and Chase Briscoe and Austin Cindric. Sorry to say but that did not happen. Just after the restart on lap 192 Austin Cindric drove into the back of Ross Chastain and made him wicked loose, however Chastain managed to save the car from hitting the outside wall but had nothing for other cars on the lead lap and finished last car on the led lap in P 16. At the checkered flag Chase Briscoe came in first with Austin Cindric in second and Daniel Hemric third, shout out once more to Anthony Alfredo top ten, and good to see Ryan Sieg running near the front and bringing home a P 5 finish, while Brandon Brown ran over the “Choose Cone”, had to go to the rear of the field on the last restart and only could recover to a P 15.

In the Cup race Chase Elliott took the lead on the start of the race and led up until the pitstops after the competition caution when the 18 team got Kyle Busch the lead. Denny Hamlin took the lead on the restart and held on until the stage break. I’m not too fond of night races and for the most part of this race there was not too much going on so I had a hard time staying awake and holding up the focus, but a caution in the middle of the stage three green flag pit stop cycle saved the race from becoming a snooze-fest and finally we got to see some good racing with Kurt Busch and Matt DiBenedetto. Kurt Busch survived a couple more restarts to take the checkered flag and became the hometown hero with DiBenedetto in second and Denny Hamlin in third. Shout out to Chris Buescher P 9.

I’m going to leave the Las Vegas race behind here and leave you with a Tweet from Bob Pockrass
@bobpockrass :

AND a link to the announced schedule from Jayski