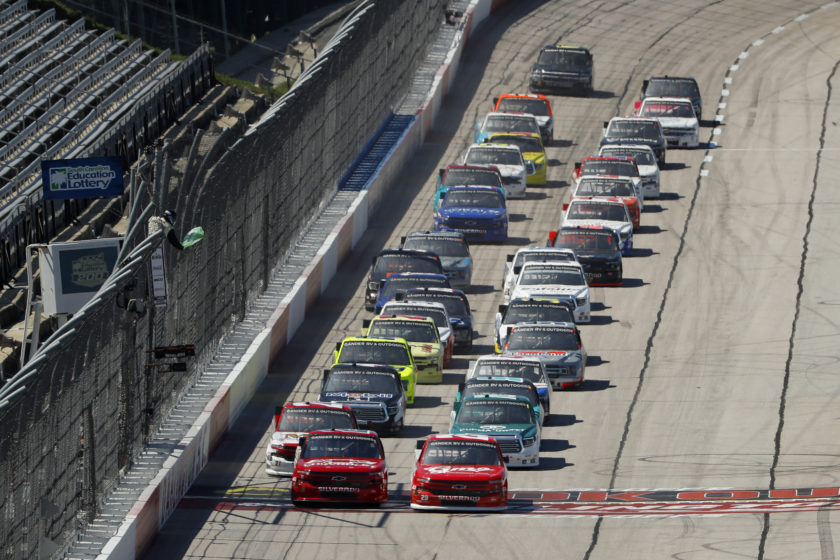 Darlington race weekend not only offered some great racing but also lots of stories behind all those throwback paint schemes. However this year is 2020 and everything has been more or less upside down, so this year Tom and TJ Keen did not have any throwback paint scheme on the #32 Go Fas Racing Ford but from what I’ve heard they’ll be back on the car with an Awesome Corvetteparts.net paint scheme at Martinsville.

Xfinity series started off the weekend with one of the better races this year, especially the last 20 laps but as so many times before, it ended with one of the combatants driving it a little bit over the edge. This time the one in third was able to take advantage of the situation and got away with the win. Good work Brandon Jones, who took his third win of the year. Ross Chastain managed to salvage a second place and a big shout out to Ryan Sieg in third, with teammate Myatt Snider in tenth. RSR has really shown big improvements this year with two cars capable of running in the top ten!

In Trucks we did not only see great throwback paint schemes but also the return of three former Cup winners David Ragan, Greg Biffle and Trevor Bayne. I was most impressed with David Ragan, driving for former teammate David Gilliland, driving through the field, and running near the front until he was involved in an accident on lap 146 and forced to pit with a flat tire and damages. He still managed to finish last car on the lead lap! When the dust had settled, Ben Rhodes had taken his first win in over two years and Ford’s first Truck Series win at Darlington Raceway. Derek Kraus came in second and Austin Hill third after the leading GMS Trucks decided to pit under caution. Shout out to Timmy Hill’s top ten and also a big CONGRATS to Timmy Hill and his wife, Lucy, on expecting their first child in March.

I’m not going to say too much about the Southern Five Hundred other than Kevin Harvick maybe didn’t have the best car but won the race anyway after IMHO the two best cars got together at the end of the race in an incident where at least one of them could have lifted but nobody did! Shout out to Erik Jones, the only non-playoff driver in the Top Five.

Well off to Richmond and let’s hope for a good race and better TV coverage than last weekend. Also looking forward to the Indy doubleheader at Mid-Ohio Sports Car Course!