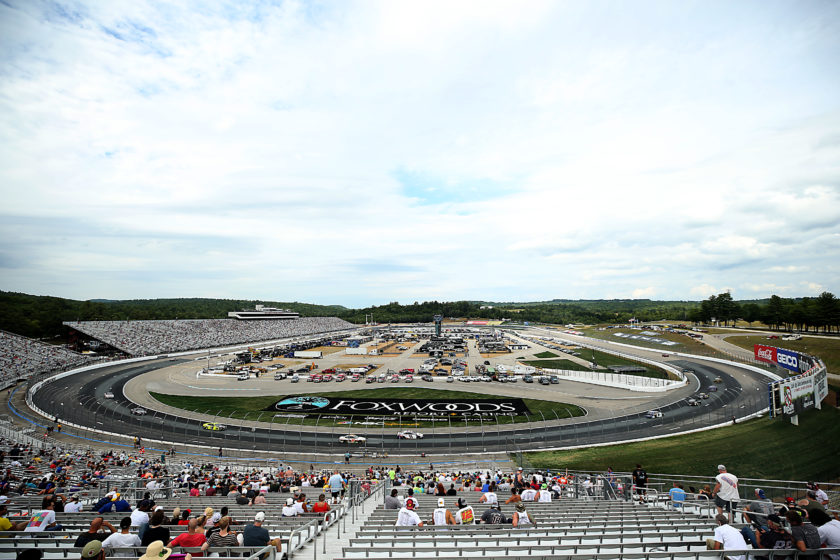 Hope you didn’t miss the Loudon race on Sunday. New Hampshire Motor Speedway offered us some of the best and most exciting racing I’ve seen this season and if you did miss it, make sure you catch a rerun. Lots of battles for the lead, mostly between Brad Keselowski and Danny Hamlin but also Ryan Blaney, Kevin Harvick and Chase Elliott in the mix, but when the dust had settled it was Brad Keselowski who led the last 80 laps until the checkered flag flew! We had 22 lead changes, which is the most we had at Loudon since July 2002 when Ward Burton won the race!

I’m for the most parts not too happy with the spraying of traction compound, PJ1; in the turns however this time they really hit the mark with it making it two or three grooves around the track and also some wear of the PJ1 that made the racing more exciting. This also shows up in the Green Flag Passing stats with just over 10 passes per green flag lap, which is the third most we had at New Hampshire -as far back as the statistics takes you at Racing References.

I said last week I was going to look a bit into the Green Flag Pass on https://www.racing-reference.info/  in order to take a closer look to see if I could drew any conclusions about the different rule packages we have seen over the last years! These stats are interesting but with too many variables and unknowns, one cannot make too many conclusions or assumptions. Looking at the numbers, Talladega Super Speedway is well on top with sometimes over 100 passes per green flag lap. No surprise there with it being both the longest and one of the wider tracks! (Source: NASCAR loop data on Racing References.com)

Looking forward to this weekend we have an interesting weekend in front of us with the NXS Race at Road America and a double header in Cup at Michigan along with both Trucks and ARCA.

August is sure going to be intense, with lots and lots of racing  and the next weekend (14 – 16 August) looks to be one of the more interesting weekends this year with running the Road Course at Daytona and qualifying for the Indy 500 ( Full Indy Schedule here: https://www.indycar.com/Schedule/2020/IndyCar-Series/Indianapolis-500 )

NASCAR previously stated that drivers may only participate in one race from August 14-16 at the Daytona road course, with no practice and qualifying as well as another curve ball for the Cup teams as they are going to use the high downforce package along with 750 HP engine (per Jayski) to make it even more unpredictable!!!

So, to me, this story about the DGM team not having an approval from NASCAR for Alex Labbe to participate in the SCCA test, feels a bit unnecessary (link)

With Indy Car postponing the Mid-Ohio race to a date to be determined later, here’s a quick look at what the schedule for the rest of August would look like, as far as what we know right now!