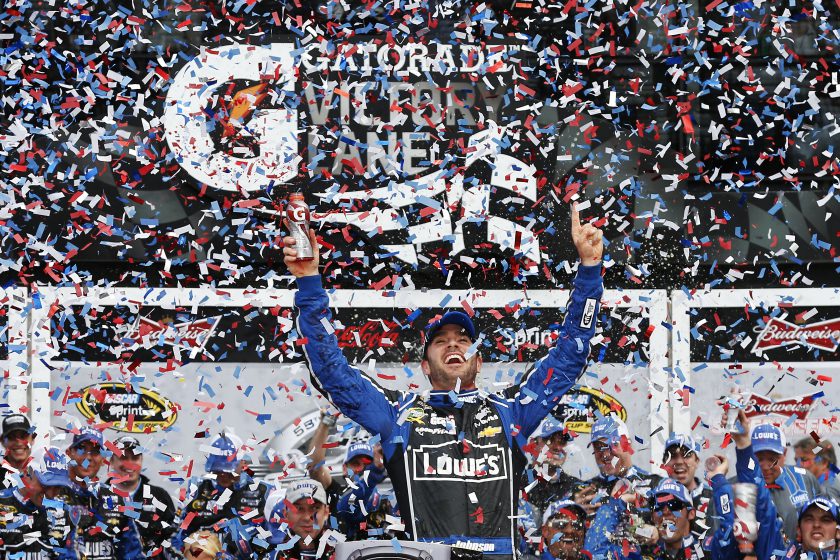 It’s been a rough few weeks for me, with my baseball team the Cleveland Indians, losing the World Series in game seven in extra innings by just one run- and I don’t even want to discuss the election (NONE of my candidates won).  All I have left for salvation is NASCAR.  As we quickly approach the penultimate round of the 2016 NASCAR season at Phoenix International Raceway, the drivers remaining in the fight for the Championship are:

As you can see the premier teams are all represented: Hendrick Motorsports, Team Penske, Joe Gibbs Racing and Stewart-Haas Racing all have championship contenders.  All three engine manufactures Chevy, Toyota and Ford are represented.  The Phoenix Race will decide the Championship four for the final race of 2016 at Homestead-Miami Speedway. Two drivers are guaranteed to be in the Championship four at Homestead-Miami Speedway, those drivers are #48 Jimmie Johnson and #19 Carl Edwards. The two drivers that I believe will advance to this round are Kevin Harvick and Kyle Busch.

The statistics sited in this article come from two great racing resources Nascarmedia.com & racing-reference.info.  From the given data and plugging in the number’s, I will give a @SteveOnTheGrid Chase #GridGuess on where I believe each driver will finish in the final two races. I will also make a #GridGuess for the 2016 Sprint Cup Champion. Keep in mind that these are e
ducated guesses based on the given statistics. 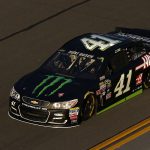 -Haas driver Kurt Busch, has been racing in the Sprint Cup series for 17 seasons, with a total of 574 starts with 28 wins and one NASCAR Sprint Cup Championship in 2004. Kurt Bush has one win at Phoenix International Raceway. That victory came in 2005.At Phoenix, the elder of the Busch brothers has average finish of 13.4 with a total of 27 starts at the track. 16 of those finishes were in the top ten, with 6 finishes in the top five and the 2005 victory. Steve’s #GridGuess – I predict that Kurt Busch will finish 6th this weekend at Phoenix. At Homestead-Miami Kurt     Busch has made 15 starts with 2 poles, finished in the top ten 6 times. Busch has 4 top five finishes and a single win at Homestead-Miami Speedway in 2002. At the final race of the 2016 season I predict he will finish 8th. 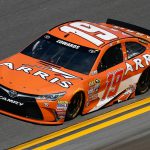 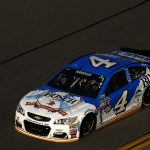 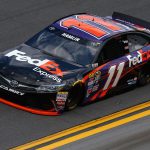 Racing driver Denny Hamlin has 22 starts, with one win at Phoenix (that occurring in the 2012 season). Hamlin has 10 top fives and 12 top tens at the track, with an average start of 11.6 and an average finish of 11.0. My @SteveOnTheGrid #GridGuess is that he will finish 4th at Phoenix. Hamlin has 11 starts at Homestead-Miami with 2 wins 4 top fives and 7 top tens. His average start at the track is 24.7 with an average finish of 10.7. My #GridGuess for Hamlin at the final round of the 2016 season is 7th. 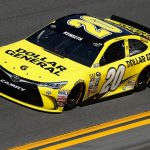 ASCAR Sprint Cup champion Matt Kenseth, driver of the #20 Dollar General, Joe Gibbs Racing Toyota has made 22 starts with 1 win at Phoenix. 6 top fives and 11 top tens.  Kenseth’s average start is 18.2 with an average finish of 16.3. My #GridGuess for him this weekend is 10th. Kenseth’s record at Homestead-Miami is as follows 16 starts with 1 win, 4 top fives and 8 top tens.
@SteveOnTheGridmakes a #GridGuess of 4th at the ultimate round of the ’16 NASCAR season. 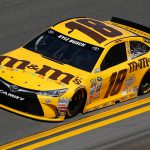 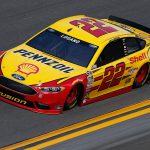 gano is the only Team Penske driver left in the Chase. Logano, has 15 starts at PIR, with no wins and 3 top fives, 8 top tens.  My #GridGuess for him at Phoenix is 9th. The young Team Penske driver has made 7 starts at Homestead-Miami with no wins, 1 top five, 2 top tens. His average start at the track is 14.4 and he has an average finish of 17.7. @SteveOnTheGrid sees him finishing 11th
in Miami. 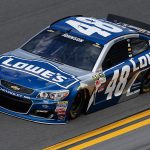 Six time NASCAR Sprint Cup champion Jimmie Johnson has made 26 starts at PIR with 4 of the starts being victories. Johnson has 15 top fives and 19 top tens at Phoenix.  @SteveOnTheGrid #GridGuess for Phoenix is 2nd.  The Hendrick Motorsports driver has made 15 starts at Homestead-Miami with no victories at the track. Johnson has 4 top fives and 10 top tens at the track.  My #GridGuess for Homestead-Miami is that Johnson will get his maiden victory at the track. This will help Jimmie Johnson win that seventh hard fought NASCAR Sprint Cup championship. I look forward to seeing if my educated @SteveOnTheGrid #GridGuesses ring true.