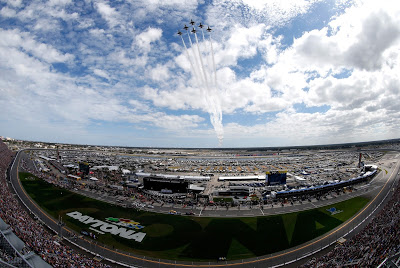 He has also driven full-time in Sprint Cup before, but never really got that ”lucky break” to stay consistent with his race results.

In the 2016 Daytona 500, Regan made his Sprint Cup “comeback” at from position twenty-seven on the starting grid with a new team (Tommy Baldwin Racing-TBR) and ended up P8. That is a very impressing team debut for Regan Smith. Perhaps he can get solid season again?

Kyle Larson, age 23, started his 2016 Sprint Cup season in a positive way with a seventh place finish at Daytona 500. Starting from position fourteen, young Kyle was in the forward pack for most of the 200 laps.

That’s perfectly normal and I think Kyle is settled in to be a full-time Sprint Cup driver. We are all waiting for Kyle’s first checkered flag and I think he could get it this season.
#59 (95) Chevrolet, Michael McDowell, Circle Sport-Leavine Family Racing

Michael McDowell, age 31, normally drives part-time In Sprint Cup and has done so since 2014. Now, with the newly merged race team Circle Sport –Leavine Family Racing, the plan is to run full-time in car #59 and #95, splitting the seat with Ty Dillon.
Starting the Daytona 500 in P39 (!), Michael drove his Chevrolet hard all 200 laps and got a impressing fifteen place finish. Only one-time before in his career has Michael ended up with a better Daytona 500 finish and that was a P9 finish in 2013, driving for Phil Parsons Racing.
I like what I see in this new merged team and I’m thinking maybe this season can be a jump forward for Michael McDowell’s career. (JS)