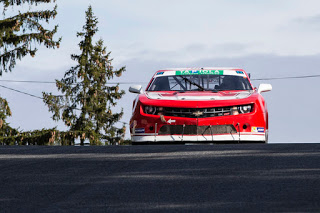 Thunder Finland made a comeback to Finland in 2011, before that it was here in 80’s.

When Sweden was promised Ahvenisto at least ten drivers and last but not least is still former F1 driver Jan Magnussen from Denmark, Mr Söderman reveal.

These never materialized, did not come to the Swedes, etc., but still Valle tested V8 Thunder Cars and would certainly have been the title’s favorite. Mr Söderman agreed that the second year would have been up to 20 cars grid, but it did not happen. 2011 V8 Thunder Finland champion Jesse Krohn, now BMW Motorsport (Marc VDS Racing) driver for ELMS.

Jari Nurminen believes and hopes that the V8 Thunder Finland goes forward. We are currently in Finland and Estonia. The big challenge has been to get all the drivers at the same time, all track. That is, means full time little as contract. I have been slightly surprised that the interest is not higher, because i do not know any other class in a competitive car can be purchased from € 35,000. Cars also included are easy to maintain doing a normal guy and do not need any special equipment. The class ia also the only one the where the prize money is divided, ie, not least because one would think that the class of interest.

The biggest challenge of course is number of competitors, as well as popular competition venues, such as Seinäjoki street circuit. I think we need specifically to street circuit to raise the V8 Thunder Finland or any other category of interest.Today, our drivers will go to the fans sight of street circuit, and did not expect that they will come our road course, it’s real life situation today

In Finland, for sale one Camaro Cup car, it is owned by Janel Nurminen, who is the brother Jari. Janel Nurminen is V8 Thunder driver also, he is former Finnish Touring Car Championship and Ferrari Challenge Scandinavian driver, he test many years after ETCC Honda car with Gabriele Tarquini.