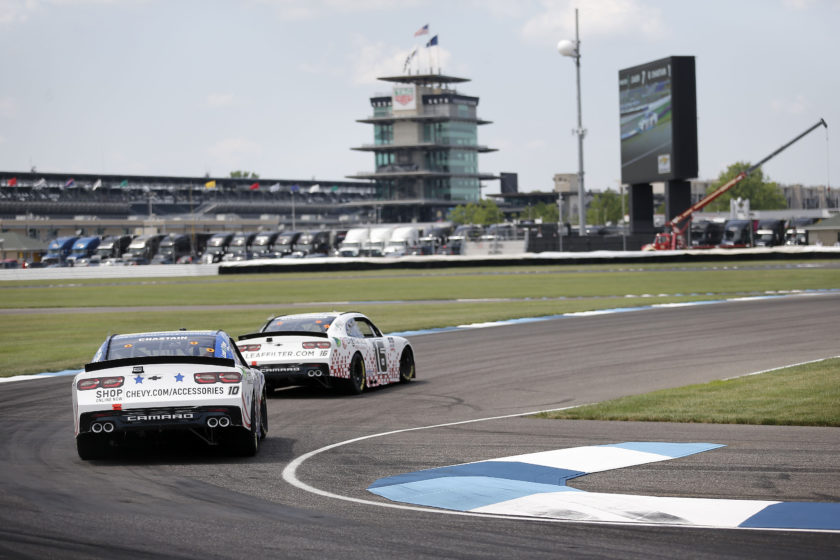 As far as racing we got to see a mixed bag of racing at Indianapolis – with some of the best racing I’ve seen in many years on the road course in the Xfinity Series to a mediocre race in the Cup Series and some “oh – well” race in IndyCar! Where a caution in the pit stop cycle fell in favor for Scott Dixon but hampered others. When some teams hade different kind of issues Dixon checked out and where unstoppable! For us here in Sweden Felix Rosenqvist never got in the match and Marcus Ericsson manage to recover to p.6 after having trubbel again with fueling the car!

The highlight race this summer?

The NASCAR Xfinity race was really the highlight of the weekend if not the Summer, it’s going to be hard to top this one! Best racing I’ve seen in many many years. Could it get much better than a handfull of cars fighting for the win, beating and banging without spinning each other out and when the dust hade settle the #98 was the winner! Chase Briscoe won the inaugural Charlotte ROVAL race in 2018 and now Chase Briscoe wins the inaugural Indianapolis Grand Prix race. Kaulig Racing had all three cars in the top 10 again, lets hope they can have some more races with AJ Allmendinger in the car. Also did anyone noticed that Mike Wallace made his first NASCAR start in five years and ended up with a top 25? Also, a third top 10 of the year for Canadian Alex Labbe in a Mario Gosselin Car!!

What to say about the NASCAR Cup race on the classic oval of Indianapolis other than an Impressive win for Kevin Harvick! Harvick and Denny Hamlin have been the class of the field the last weeks but unfortunately Danny blew a tire, when leading on lap 153. Hamlin wasn’t the only one with tire problem Erik Jones Alex Bowman Ryan Newman and William Byron also blew tires..

Good finish for Matt Kenseth in second and also a shout out for Michael McDowell – p 7 this time. FRM has been doing well so far this year. The racing at Indy has not been that exacting over the last 5 years or so and this year was no exception with almost no passing after the first few laps after the restarts!

I have seen somewhere on twitter that NASCAR was going to announce the schedule for the rest of the season in the beginning of next week and the 2021 schedule in a few weeks. Here’s a run down on what been announced so far:

Until next time Stay Safe and Take Care
//B