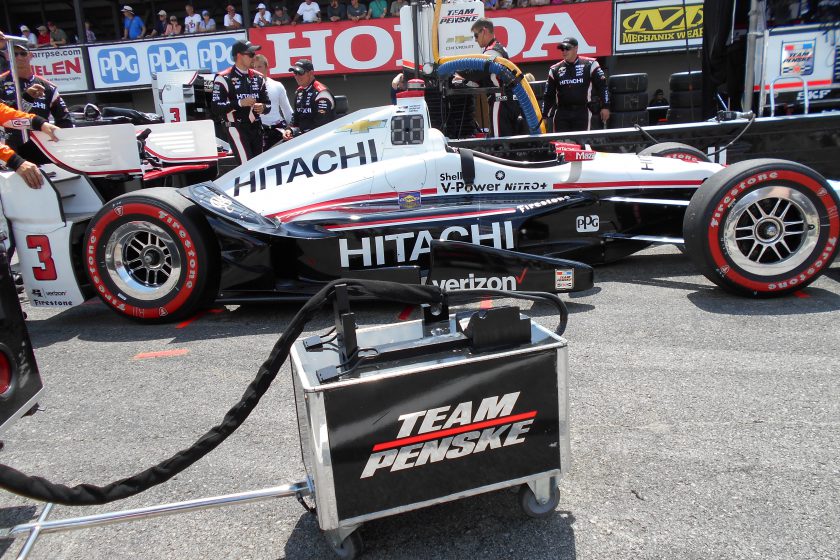 It’s the first official day of Autumn here in Northeastern Ohio and the IndyCar season has just wrapped up. With the end of the summer comes the end of the racing season.  With that comes the colder weather & snow. This is a depressing thought. 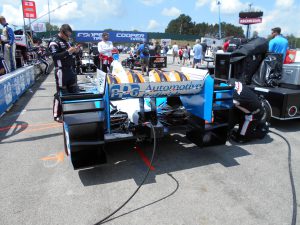 As a pleasant distraction to this cold hard fact (bad pun intended), I find myself reflecting on the 2016 IndyCar season. The 16 races that made up this season were nothing short of spectacular, the competition was evenly matched and intense. It reminded me of IndyCar’s golden years during the late 90’s early 2000s, back in the Kenny Brack era.

The season finale, the 85 lap GoPro Grand Prix, was held at Sonoma Raceway, a 2.303 mile  road course. The race was like a heavyweight title fight between two Team Penske super-stars, Simon “The Flying Frenchman” Pagenaud Vs.  2014 IndyCar Series Champion Will “The Awesome Aussie” Power. Whatever the result, Roger Penske was going to celebrate an IndyCar championship on the team’s 50th anniversary.

Pagenaud, took the pole with a speed of 112.594 MPH, Power qualified 4th. (The front two rows were all 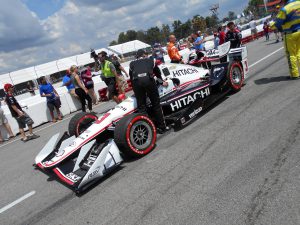 four Team Penske cars.) For “The Awesome Aussie” to capture the championship, he would have to win the race, & Pagenaud would have to finish 6th or worse.

“The Flying Frenchman” was relaxed and said this prior to the race, “It’s racing. you never know what’s going to happen.” Will Power felt that he had to be smart early in the race so he would have a chance to be there at the end of the race.

Sadly, Power’s championship hopes were dashed by lap 36, when a gearbox issue slowed him to a crawl. He was unable to limp the car back to the pits, so a full course yellow was waved so the car could be towed to the pits. This was the only yellow of what was a fairly uneventful race. The only scare of the race came on lap 51 when Pagenaud bounced the car off the curbs, nearly losing control. 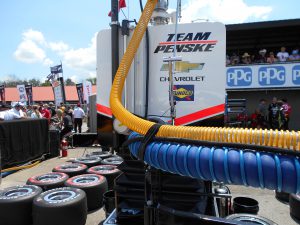 From that point on, it was smooth sailing for “The Flying Frenchman”. Pagenaud went on to win the race in a little more than two hours with an average speed of 101.181 MPH. The race only had a total of five lead changes. “The Awesome Aussie” did re-enter the race and finished 20th as the final car running. He lost the championship by -127 points. Helio Castroneves finished 3rd making it a 1-3 Team Penske sweep.

I, like 2003 Champ Car Champion Paul Tracy, am “massively impressed” in the improvement in Pagenaud’s race craft, especially when it comes to ovals, and I expect him to get progressively better as he gains further experience.

After the race, Will Power had this to say about Pagenaud; “Simon’s done a phenomenal job and he’s a deserving champion.” Team owner Roger Penske, thanked Chevrolet and all of the sponsors for a great run and went on to say “I take my hat off to the whole team and what they’ve done all season long, and to cap it off with another win.” Team Penske won a total of 10 of the 16 races this season.

Pagenaud had this to say about becoming the 2016 IndyCar Series Champion, “My whole career has been about this, about today, getting to this level.”

As I look back over the season I remembered something I wrote on July 19th: “I see the IndyCar title fight coming down to these Team Penske heavyweight contenders. I have a feeling that “The Flying Frenchman” will be victorious.” There’s nothing so wonderful as being right in print!